Shreyas Iyer Has To Bat At Whatever Position Given: Aakash Chopra 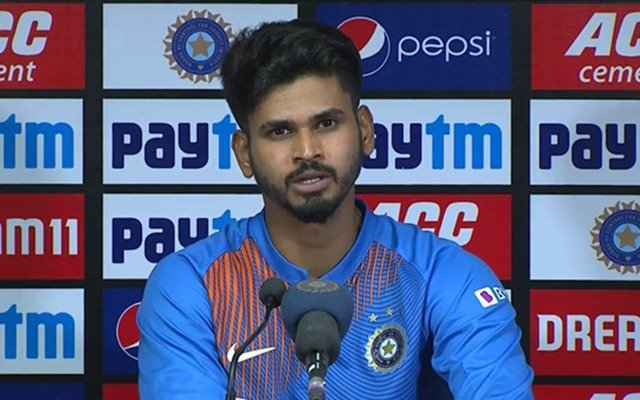 He did not get to showcase his ability in the 2nd match after starring with the bat in 1st T20I as India chased England’s target with seven wickets in hand. In the fourth T20I, Shreyas Iyer hit a 17-ball 37 to help India reach a total of 185.

“Whether it is ideal, definitely not because in the first match he had scored 67 when India made 124. So the player who made more than half the runs, you didn’t send him up the order but further down.

“He was batting at No.5 there, now he is batting at No.6. No.6 is not the right spot for him, he has batted well, you need to pat his back but he is not a long-term option at the position you are making him bat.”

Shreyas Iyer averages 40.33 in the ongoing T20I series after a less impressive Australia tour where he didn’t get many opportunities. He batted at No.5 in the first and second T20I, No. 6 in the third and fourth T20I. The arrival of Ishan Kishan, Suryakumar Yadav, and Rohit Sharma induced skipper Virat Kohli to reshuffle the batting line-up.

Shreyas Iyer, who usually comes at No 4, batted a position down in the order as the team management decided to promote keeper Rishabh Pant ahead of him in the T20Is. Shreyas Iyer stated that a batsman needs to be flexible and needs to be ready to play according to the demands of the situation.

Shreyas Iyer Utilizing Most Of The Opportunity Given To Him: Aakash Chopra

In the 3rd T20I, India made 1 change to their playing XI from the 2nd T20I by bringing back vice-captain Rohit Sharma in place of Suryakumar Yadav, who had made his international debut in the 2nd T20I but didn’t get the opportunity to bat.

Rohit Sharma’s addition also forced the team management to change the batting order as he opened with KL Rahul while Ishan Kishan, who had opened in the last game, was dropped to No. 3 while Virat Kohli came in at No. 4.

Rahul Chahar got a chance to play in place of Yuzvendra Chahal in the 4th T20I. Ishan Kishan had a niggle from when he dived at fine leg in the previous game so Suryakumar Yadav came in for him in XI and hit a classy 57.

“Shreyas Iyer is making the best use of the opportunity given to him but it is not the best number for him and it is slightly a problem of their own making because there are so many top-order batsmen that even Kohli is not getting to bat at his preferred batting slot,” Chopra said.

“It is probably working here because he batted well and he got more chances as well because you lost a lot of early wickets. But generally, you don’t lose so many wickets early in T20 cricket in which case the No.6 batsman will not be utilized at all because you will push him further down and send Hardik Pandya ahead of him.”

IPL 2021: “Suryakumar Yadav will be the highest run-scorer for the Mumbai Indians” –...