Shruti-Rohan, Divya-Priyank, Priyamvada-Shrey; popular couples who spelled love during Splitsvilla but later on broke up Here’s a list of contestants who were deeply in love on MTV Splitsvilla but later on broke-up.

MUMBAI: MTV Splitsvilla is one of the most popular dating reality shows. It has given a platform to many who plunged into the world of television through this show. Love, romance, and commitment form the crux of this dating reality show. It has witnessed many contestants often expressing their love for each other. These couples looked inseparable and too much in love. They certainly gave couple goals to their fans. However, post the show, they broke up for reasons known best to them.

Shruti Sinha and Rohan Hingorani: Shruti and Rohan were also a part of Roadies and they gelled along pretty well. Their love blossomed in Splitsvilla. However, they weren’t the ideal- match and hence Shruti went ahead to perform with Gaurav Alaug and also won the show with him. Despite her pairing with Gaurav, she maintained that she feels strongly for Rohan. However, the duo broke-up post the show. 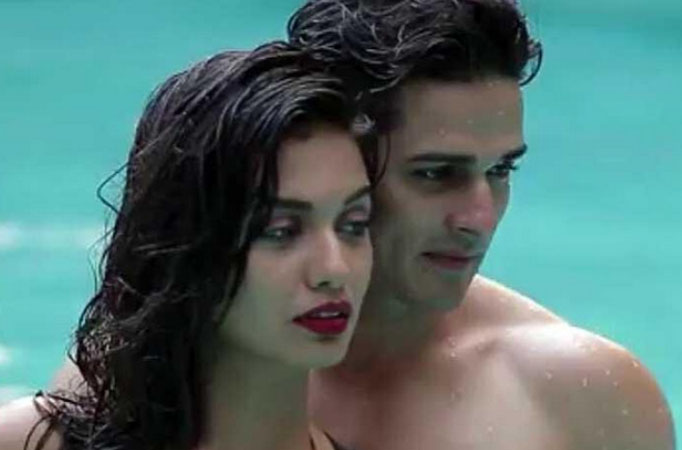 Divya Agarwal and Priyank Sharma: Divya had a love at first sight with Priyank on Splitsvilla season 10. They, too, weren’t the ideal match but they maintained their connection with each other throughout the show and painted the town red with their love.

Roshni Wadhwani and Anshuman Malhotra: Roshni and Anshuman took a while to find each other on the show. However, once they bonded, they spelled love and how! The entire villa found them extremely adorable. Roshni even sacrificed herself in order to save Anshuman in the show. Their relationship didn’t go far post the show ended.

Priyamvada Kant and Shrey Mittal: Pri and Shrey also took a lot of time in finding each other as Shrey had a strong connection with Jinal while Priyamvada tried her luck with other guys but in vain. They finally decided to give each other a chance and what followed was a beautiful love story. Priyamvada and Shrey always held hands and looked very much in love. However, post the show, the duo broke up.

Anushka Mitra and Kabeer Bhartiya: While Anushka and Kabeer weren’t the mushy types, they were quite sure about their feelings for each other. Despite not being an ideal match, they continued to stick together on the basis of the love and connection they shared.