Sia has apologised for her scenes in her upcoming new movie titled ‘Music’ that shows the use of restraints on autistic people. Sia took to Twitter to reason out with her fans and issue an apology as she promised that she’s listening to their feedback and will “edit the scenes out”.

The scenes from ‘Music’ blew up into a controversy when her fans slammed Sia for insensitivity towards autistic people. Sia then said, “I promise, have been listening. The motion picture MUSIC will, moving forward, have this warning at the head of the movie: MUSIC in no way condones or recommends the use of restraint on autistic people.’ 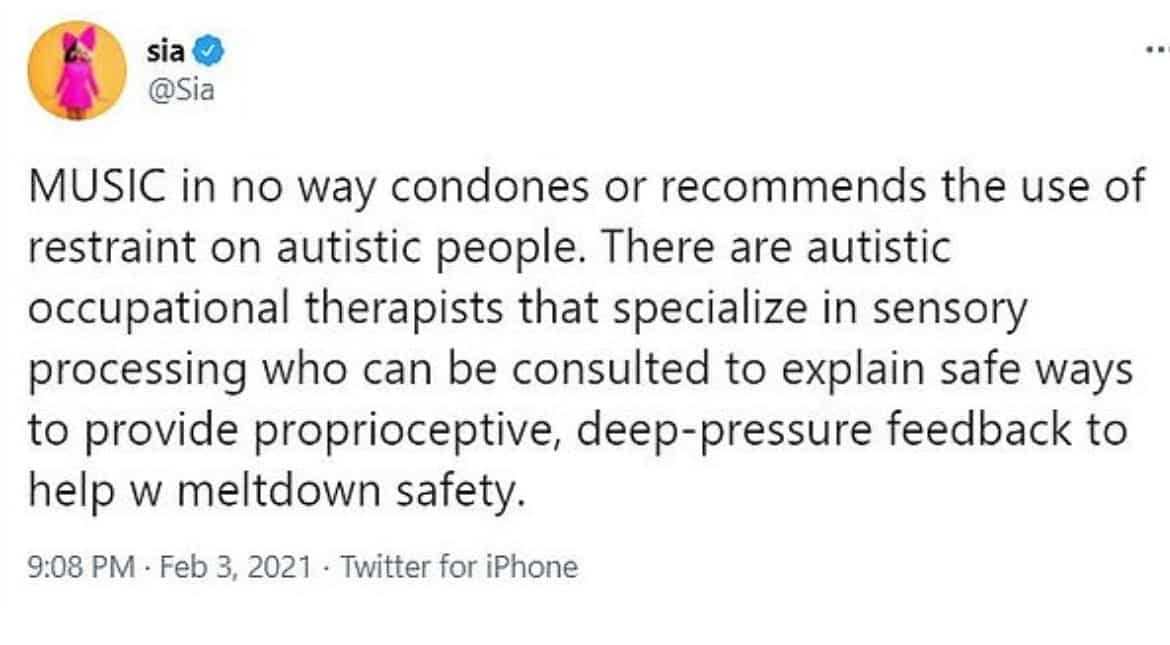 The statement continued, “There are autistic occupational therapists that specialize in sensory processing who can be consulted to explain safe ways to provide proprioceptive, deep-pressure feedback to help w meltdown safety.”

Sia also retweeted a response from a fan under the handle The Autistic Educator that read: “You’re forgiven by me at least. I still LOVE your music, but I can’t watch your movie as the restraint scenes will trigger me. I KNOW you’re a good person, you have realised you need to be more aware and that’s a REALLY good start. You can really help us now. You listened!” 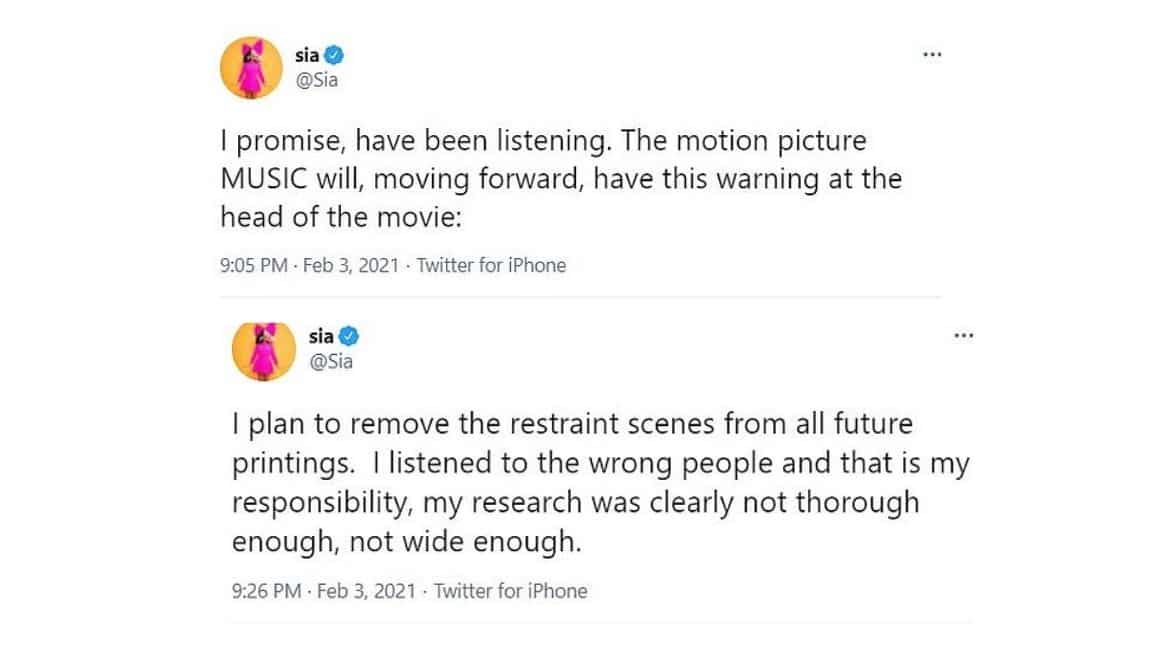 ‘Music’ is set to be released February 12.