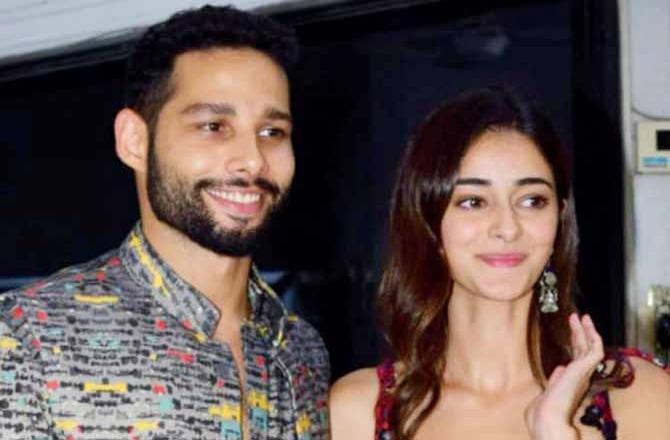 Siddhant Chaturvedi, who rose to fame as MC Sher with the film Gully Boy, has been making all the right moves and has fulfilled his dream to have his own home. The actor held a small Diwali-cum-housewarming bash at his new place in Juhu on Saturday. Deepika Padukone and Ananya Panday, his co-stars in Shakun Batra’s upcoming film, were among the guests. So was gym buddy Ishaan Khatter.

Siddhant shared a post on Instagram on the Diwali night, wishing his fans on the special occasion. Sharing his ethnic look for the festive day, the actor’s Instagram post was accompanied with a quirky note which read, “Thode Patakhe bacha ke rakhna Vaccine ate hi”

Siddhant has had been prepping hard for his roles in his upcoming Bollywood films. “My character in Bunty Aur Babli 2 is that of a boy-next-door and has a desi flavour. In Shakun’s film, I play an urban and contemporary character. I weighed 84 kilos when doing Bunty Aur Babli 2, and had to shed four kilos to fit into the part Shakun envisioned me in,” said the actor.

His work and craft have paved his way to success. The actor is working with some of the finest actors and directors, and that says enough about him- he made his own place in the industry.