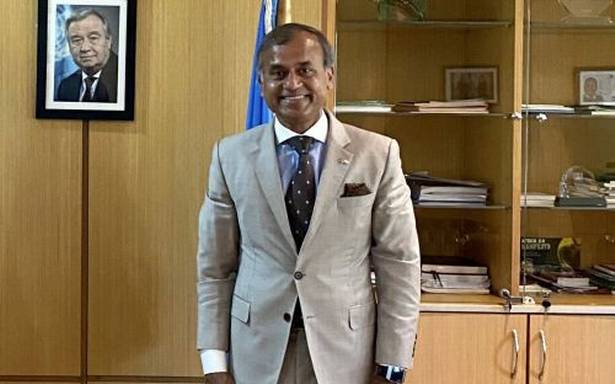 UN Secretary-General Antonio Guterres made this appointment with the host government’s approval.

Resident Coordinators are the UN Secretary-General’s representatives for development at the country level. They lead UN teams supporting countries to recover better from the COVID-19 pandemic through the Sustainable Development Goals (SDGs).

Mr. Guterres appointed Mr. Chatterjee as the Resident Coordinator in China, with the host government’s approval.

Mr. Chatterjee’s “appointment follows confirmation from the Host Government, where he will take up his post in the middle of January of next year,” Spokesman for the Secretary-General, Stephane Dujarric said on Tuesday as he made the announcement.

“We proudly remain with full gender parity and North-South balance among all of our Resident Coordinators, who cover 162 countries and territories,” he said.

Mr. Chatterjee has more than 25 years of experience in international cooperation, sustainable development, humanitarian coordination and peace and security, which he has acquired at the United Nations and externally, the world organisation said in a statement.

Mr. Chatterjee also served in the International Federation of the Red Cross and Red Crescent as the Chief Diplomat and Head of Resource Mobilization in Switzerland. Before joining the United Nations in 1997, he was a commissioned officer in India’s Army.

A TEDx speaker, he is a regular opinion contributor on humanitarian and development issues for a range of local, regional and international media outlets and journals, the UN statement added.

Chatterjee holds a master’s degree in public policy from Princeton University in the United States, and a bachelor’s degree from the National Defence Academy in India.