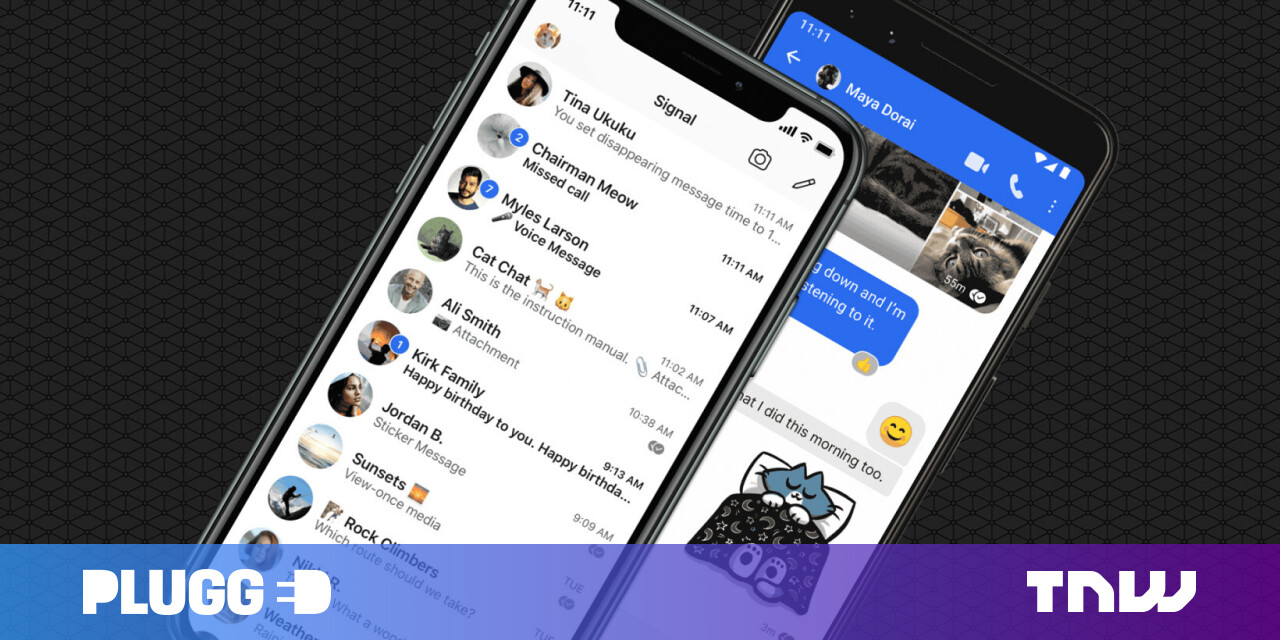 Technology journalist Casey Newton has a worrying revelation in the latest issue of his Platformer newsletter: amidst rapid growth, Signal is reportedly not ready for all the ways it could be misused.

The messaging app presently runs as a non-profit, and is funded by donations from users and a $50 million loan from WhatsApp co-founder Brian Acton.

Between its lack of vested business interests, its promise of end-to-end encryption via the open-source Signal protocol, and the recent changes to WhatsApp’s privacy policy that spooked its user base, Signal is now the new darling of the messaging world. The trouble is, it doesn’t yet have mechanisms to boot bad actors off its platform, like extremists who may seek to radicalize people by inviting them to private groups just by sharing a link to join.

Signal may also soon let people sign up without a phone number, to allay privacy concerns. Newton notes that could allow for impersonators on the service, and Signal doesn’t yet have a policy in place to tackle something like that.

Employees at the company are vocalizing their concerns about these problems, but idealistic CEO Moxie Marlinspike seems keen to stick with a hands-off approach to policing content, as he believes the platform isn’t designed to amplify any content shared on it.

While Signal is indeed fundamentally different than other platforms like Facebook and WhatsApp which have been used to spread misinformation and radicalize large numbers of people, it feels like it’s only a matter of time before it finds itself in the same boat.

Netwon’s post is well worth a read, as it goes into other aspects of the app, like early plans to build cryptocurrency-powered payments, and how Brian Acton’s involvement may play a part in preventing Signal from baking more policies into its DNA. Find the story on The Verge.

Back to Top
Close Add post
X
The original Celeste now has a sequel you can play in your browser…Tech NewsCeleste was one of the most acclaimed games of 2018, but what you may not have known is that the tightly designed platformer was an expanded version o…

Signal is drama-free for now, but it should prepare for the worst