The priest, identified as Baba Ram Singh ji Singhra wale, left a note in Punjabi where he said that he was sacrificing his life ‘to express anger and pain against the government’s injustice’ to farmers 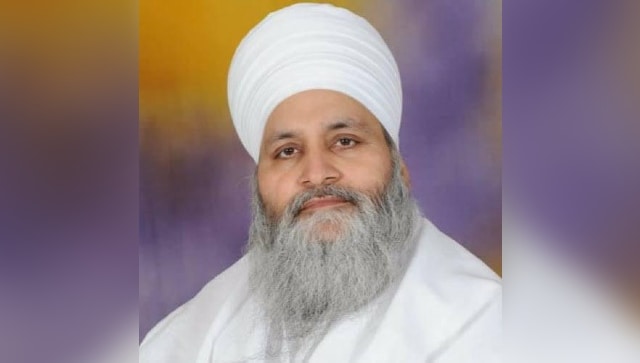 A Sikh priest from a gurdwara in Haryana who had recently joined the protests against Centre’s three farm laws at Delhi’s Kundli border died by suicide on Wednesday, according to several media reports.

The priest, identified by some outlets as Baba Ram Singh ji Singhra wale, left a note in Punjabi in which he said that he was sacrificing his life “to express anger and pain against the government’s injustice” to farmers, as per reports.

The note is being verified by police. An official of the Sonipat police said they had received a call that one Sant Ram Singh (65), who hailed from Karnal, allegedly shot himself.

The official said the exact spot where the incident took place is being verified and police are in the process of recording statements of the deceased’s family members.

“I feel the pain of farmers fighting to ensure their rights… I share their pain because the government is not doing justice to them. To inflict injustice is a sin, but it is also a sin to tolerate injustice. To support farmers, some have returned their awards to the government. I have decided to sacrifice myself,” an NDTV report quoted a portion of the letter, translated from Punjabi, as saying.

Shiromani Akali Dal leader and former Union Cabinet Minister of Food Processing in the NDA govt, Harsimrat Kaur Badal shared an image of the Sikh priest as well as a copy of the note in Punjabi.

Firstpost has not independently verified the authenticity of the note.

Even as GOI remains stubborn & refuses to be moved by suffering of #farmers, Baba Ram Singh ji Singhra wale has committed suicide after being unable to see the suffering around him at Kundli border. Hope GOI wakes up to the tragedy & repeals the 3 agri laws before it’s too late. pic.twitter.com/z0Ruv8VCYa

In her tweet, Badal said that the priest took the step “after being unable to see the suffering around him at Kundli border”.

“Hope GOI wakes up to the tragedy and repeals the three agri laws before it’s too late,” she said.

According to a report in National Herald, the priest shot himself around 5.30 pm.

The report further stated that the the priest was rushed to a private hospital next to the protest site at Kundli border, where he was declared brought dead by the doctors.

According to NDTV, the Deputy Police Commissioner of Sonipat said the priest’s body is on its way to Karnal, where he lived.

“A very sad news has been received that Sant Ram Singh, who dedicated his life to the service of humanity, committed suicide by shooting himself,” Sirsa said on his Twitter handle.

According to Sirsa, he wrote in his suicide note that he was unable to to bear the “pain of the farmers”.

“It is a sin to suffer atrocity and witness it, which I cannot see,: Sirsa said the cleric wrote in his suicide note.

Thousands of farmers from Punjab, Haryana and elsewhere have been protesting near various border points of Delhi, including Singhu and Tikri, for over a fortnight demanding that the Centre repeal three new farm laws.

The farmers fear the new agriculture laws will weaken the minimum support price mechanism under which the government buys agricultural produce, will lead to the deregulation of crop-pricing, deny them fair remuneration for their produce and leave them at the mercy of corporations.

However, the Centre has pitched the news laws as mandatory to reform and modernise India’s agriculture sector.

A collection of Suicide prevention helpline numbers are available here. Please reach out if you or anyone you know is in need of support. The All-India helpline number is: 022 2754 6669