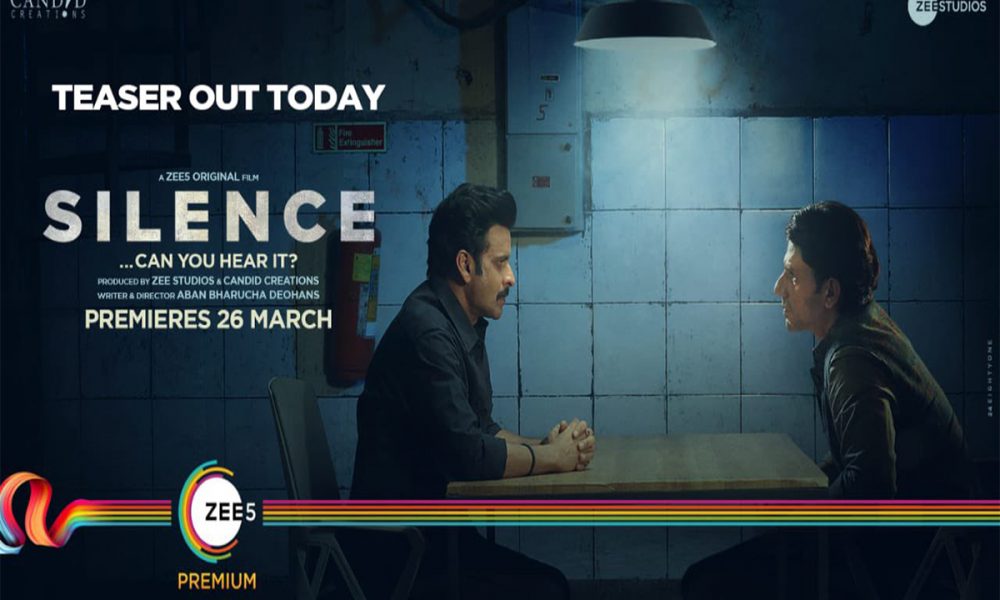 The wait is finally over! Teaser for ‘Silence Can You Hear It?’ just got dropped on social media. The upcoming OTT film is going to star Manoj Bajpayee and Prachi Desai in key roles and is Zee 5’s original film. Although the teaser was of less than a minute, it still managed to engage the audience!

With the first shot itself, we can see the lead of the movie, Manoj Bajpayee on a journey to solve a murder. Soon actress Prachi Desai was also seen in the trailer working as a cop on the same case. Silence Cen You Hear It? teaser also featured lots of gunshots and chase sequences, giving the film a more intense look.

Actors like Barkha Singh, Sahil Vaid and Arjun Mathur will also feature in this crime thriller. Silence Can You Hear It has been directed by Aban Bharucha Deohans.