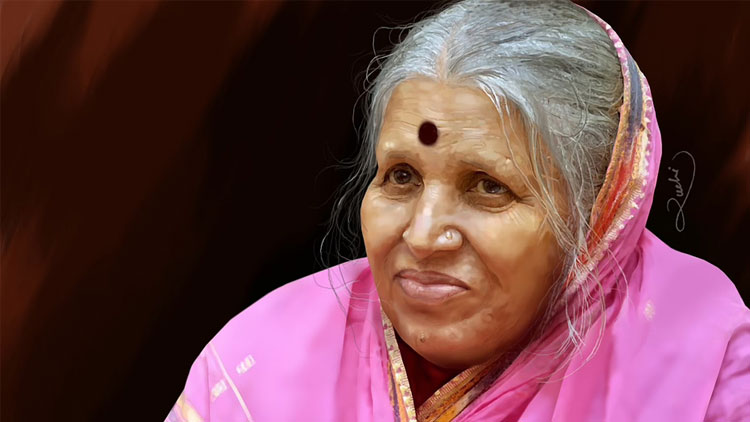 Sindhutai Sapkal, a renowned social worker, was called the ‘Mother of a thousand orphans’, rested in peace on Tuesday, January the 4th due to a heart attack in Pune, Maharashtra. She was often referred to as ‘Sindhutai’ or ‘Mai’.

She was a Padma Shri Awardee. She adopted about 2,000 orphans during her lifetime and is a grandmother to even more.

Prime Minister Narendra Modi has expressed sorrow over Sindhutai’s demise and said she’s going to be remembered for her noble deed to the society. “Dr. Sindhutai Sapkal will be remembered for her noble service to society. Due to her efforts, many children could lead a better quality of life. She also did a lot of work among marginalized communities. Pained by her demise. Condolences to her family and admirers. Om Shanti,” he tweeted.

Sindhutai, since born in a poor family in Maharashtra’s Wardha,  was much like a lot of girls born in India, who were subjected to discrimination upon birth. Her mother was averse to the thought of her going to school or even getting an education. Her father, however, was very interested in educating her and used to send her to school without letting his wife know. They made her think she was going out for cattle grazing.

At the young, innocent age of 12, Sindhutai was forced to quit education and marry a guy who was 20 years older than her. After her marriage as a kid or child bride, she was sent off to Navargaon to live with her husband. Her husband did not treat her with dignity. She stood up against the exploitation of local women by the forest department and the landlords even when she was just a teenager.

At the mere age of 20, she was pregnant for the fourth time. Rumors of her infidelity started spreading in the village and believing that Sindhutai’s husband hit his pregnant wife and left her to die. In a bloodied, semi-conscious state, Sindhutai gave birth to a beautiful daughter in a nearby cowshed.

She took her chance by trying to go back home, but her mother humiliated and disowned her. Now she had a baby to feed and no place to go, so Sindhutai started begging in trains and on the streets so as to survive. She spent her nights in cemeteries and cowsheds as she feared for the safety of her baby as well as her own.

Beginning of her noble work

It was around this time that Sindhutai began spending time with orphaned kids. She adopted around a dozen orphans and took on the responsibility to feed them whether or not that meant begging a lot more.

After several years finally in 1970, some supporters rather well-wishers helped her to set up her first Ashram in Chikaldara, Amravati.  Savitribai Phule Girls’ Hostel, her first NGO, was also formed and registered in Chikaldara. Sindhutai has dedicated her entire life to taking take of orphans. Due to this, she is often referred to as ‘Mai'(mother) with love. Many of the kids whom she adopted are well-educated lawyers and doctors. Some children including her biological daughter, are running their own independent orphanages.

For her commendable contribution to society, she has rightfully earned more than 700 awards from several national and international organizations. She was such a kind and wholesome person that she did not keep the award money for herself instead bought lands to make homes for orphaned children. Some of them are mentioned below:

2013 – Mother Teresa Award for social justice and The National Award for Ionic Mother.

A Marathi movie, ‘Mee Sindhutai Sapkal’, based on her life was released in 2010.