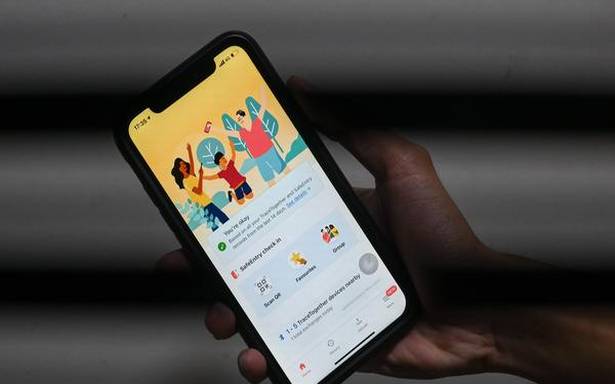 The TraceTogether scheme, one of the most widely used in any country, has raised privacy fears

Singapore said on Monday its police will be able to use data obtained by its coronavirus contact-tracing technology for criminal investigations, a decision likely to increase privacy concerns around the system.

The technology, deployed as both a phone app and a physical device, is being used by nearly 80% of the 5.7 million population, authorities said after announcing its use would become compulsory in places like shopping malls.

The TraceTogether scheme, one of the most widely used in any country, has raised privacy fears but authorities have said the data is encrypted, stored locally and only tapped by authorities if individuals test positive for COVID-19.

“The Singapore Police Force is empowered … to obtain any data, including TraceTogether data, for criminal investigations,” Minister of State for Home Affairs Desmond Tan said in response to a question in parliament.

Also read: What are the concerns around India’s Aarogya Setu app?

Privacy concerns have been raised about such apps in various places, including Israel and South Korea.

“Concerns have focused on data security issues associated with the collection, use and storage of the data,” law firm Norton Rose Fullbright said on Singapore’s scheme in a review of global contact-tracing technology last month.

Asked about the TraceTogether privacy statement by an opposition MP, Mr. Tan said: “We do not preclude the use of TraceTogether data in circumstances where citizens’ safety and security is or has been affected, and this applies to all other data as well.”

Dissent is rare in Singapore, which has been ruled by the same party since its independence in 1965, has strict laws,widespread surveillance and restrictions on public assembly.

Prime Minister Lee Hsien Loong has previously said privacy concerns about the tech had to be weighed against the need to curb the spread of the virus and keep the economy open.

Singapore has reported only a handful of local COVID-19 cases over the last few months, and its extensive disease surveillance and contact tracing efforts have won international praise including from the World Health Organisation