Singapore to allow business travel arrivals from all countries from mid-Jan; maximum stay up to 14 days – World News , Firstpost Singapore already had arrangements allowing in selected visitors from countries including China and South Korea, but the new scheme marks a significant easing of travel curbs 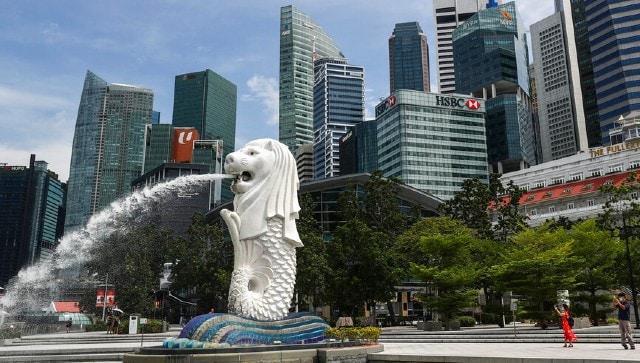 Singapore will allow business travellers and visiting officials from all countries to enter from next month, authorities said Tuesday, as the financial hub seeks to recover from a coronavirus

Under the new arrangements, a limited number of travellers can apply for stays of up to 14 days from mid-January, the trade ministry said.

Singapore already had arrangements allowing in selected visitors from countries including China and South Korea, but the new scheme marks a significant easing of travel curbs.

There are strict conditions, however, for those wishing to visit the city-state, which has escaped the coronavirus

Travellers must undergo virus tests before leaving their home country, on arrival in Singapore and regularly during their stay, and must reside and conduct meetings at locations selected by the government.

Arrangements are being made for visitors to hold meetings with their guests in specially designed meeting rooms outfitted with air-tight glass panels to reduce the risk of transmission, the ministry said in a statement.

The announcement came a day after Prime Minister Lee Hsien Loong warned the city-state had no choice but to ease restrictions or risk losing its status as a global hub.

“Trade and travel are our lifeblood,” he said.

“The longer our own borders stay closed to travellers, the greater the risk of us permanently losing out as an international hub, consequently hurting our livelihoods,” he said.

Singapore’s economy has been plunged into recession by the pandemic, with international visitor arrivals falling to a mere 13,400 in October from 1.7 million in January, according to official data.

The city-state has reported some 58,000 infections and 29 deaths.