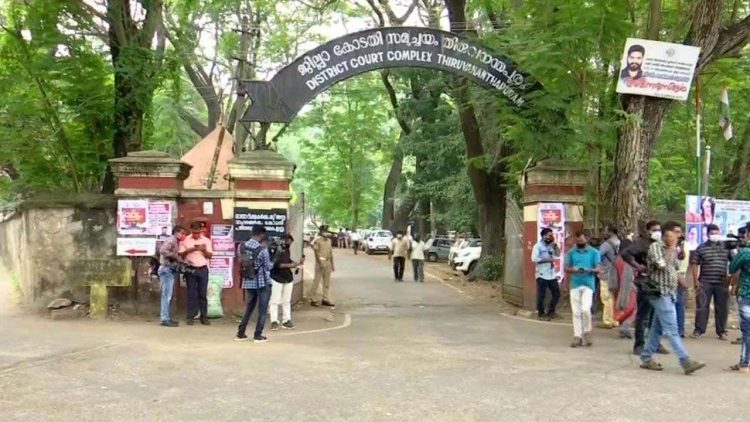 In a March 1992 case, a special court of the CBI on Wednesday sentenced life imprisonment to a priest and a nun for the murder of a 19-year-old Sister Abhaya. This crime had been a part of Kerala’s news cycle ever since the Catholic nun’s body was found inside a well at a convent in Kottayam on March 27, 1992.

Father Thomas Kotoor and Sister Sephy was granted life imprisonment for murdering Sister Abhaya, whose dead body was found inside a well. Twenty-eight years and nine months later, a CBI special court in Thiruvananthapuram found a priest and a nun guilty of the murder.

Both were sentenced under Section 302 (murder) of the Indian Penal Code. Main accused Thomas Kotoor will have to undergo double life-term for trespassing into the convent (Section 449) but he can undergo both sentences concurrently, the court said.

Besides this, the two convicts will have to undergo seven-year jail for destroying evidence (Section 201) and each will have to pay Rs five lakh fine. They were held guilty by the court on Tuesday.

Earlier, main accused Thomas Kotoor informed the court that he was undergoing treatment for cancer and pleaded for lesser punishment. Sister Sephy also sought commutation but the prosecution opposed their contention saying they deserved no sympathy.

The CBI had named another priest, Father Jose Puthrikkayl, as the second accused but the court allowed his discharge petition before the trial, which began last year, citing lack of evidence.

According to the CBI, Abhaya, a pre-degree college student, was killed after she found the two priests and Sephy in a compromising position inside the kitchen of the Pius X Convent hostel.

Fearing that she would expose them, the agency told the court, Kottoor strangulated her while Sephy beat herwith the axe. Together, they dumped her body in the well, the CBI told the court while building its case on circumstantial evidence.

The accused were arrested by the CBI in November 2008, more than 16 years after the nun’s death. And during the trial, eight of the 49 prosecution witnesses, most of them close to the Church, turned hostile.

Among the key witnesses, whose testimony is believed to have been crucial, was Adakka Raju, who said that he saw two persons going down the stairs of the hostel in the early hours of March 27, 1992. Raju, who had been jailed in connection with a theft case, was known to steal copper cables from buildings.

The case was initially probed by local police as an unnatural death before the Crime Branch took over. A year after the murder, it was handed over to the CBI after a petition was submitted by a group of nuns from various congregations to the then Chief Minister, the late K Karunakaran.

In a closure report submitted in 1996, the CBI said that it could not conclude whether it was a case of suicide or homicide. But the chief judicial magistrate in Kochi rejected the report and directed the agency to continue the probe.

In 1997, the CBI moved a request to accept the closure report as the culprits could not be identified. In 2007, the court ordered the agency to subject the three suspects to narco-analysis tests. Even after the tests, the agency said it was looking for more evidence. Finally, in September 2008, the Kerala High Court ordered the CBI to hand over the probe to the agency’s Kochi unit headed then by DySP Nandakumaran Nair.

It was a team led by Nair that arrested the three accused on November 19, 2008.