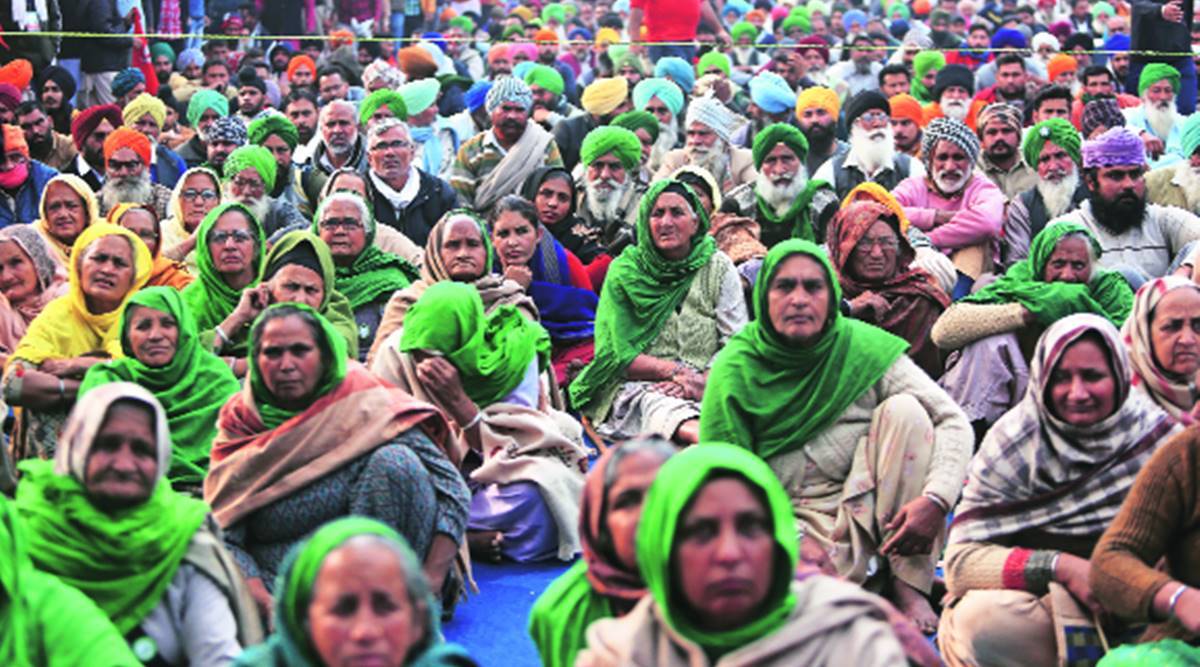 Sitabai Tadvi, 56, who took part in the protests against the new farm laws at Shahjahanpur border died on Wednesday in Jaipur. A tribal and marginal farmer from Maharashtra’s tribal-dominated Nandurbar district, Tadvi was associated with Lok Sangharsh Morcha (LSM) for the past 25 years and was active in various protests for tribals and farmer rights.

“She was in Delhi at Shahjahanpur border since January 16 and even took part in January 26 Republic Day parade by farmers. When I last spoke to her on Tuesday evening, she said she was fine. However, on Wednesday, she complained that she was feeling cold and things deteriorated suddenly. She died even as she was being moved to a hospital in Jaipur,” said Pratibha Shinde, leader of Lok Sangharsha Morcha.

The LSM has worked for tribal rights in the tribal-dominated district of Nandurbar in Maharashtra. Tadvi took up activism after she was uprooted from her village due to the construction of Ambabari dam on the Dehli river that ran close to her village.

“She was one of our leading activists. Every notable social activist in the state while visiting Akkalkuwa taluka would make it a point to visit her house. Her and her family’s commitment to the tribal cause was immense. Her death is a massive setback to our cause,” Shinde said.

Over the past 25 years, Tadvi was detained and arrested a number of times for taking part in agitations espousing the cause of tribals and farmers in the state. She earlier visited Delhi in 2019 and took part in an agitation demanding the proper implementation of the Forest Rights Act (FRA), 2006. She was at the forefront of every tribal and farmer agitation in the state, including the march against Reliance Industries in Mumbai on December 22.

Her funeral will take place at Ambabari village Friday morning. “How many more farmers will the Centre sacrifice for its own ego?” said Revenue Minister Balasaheb Thorat while offering condolences.