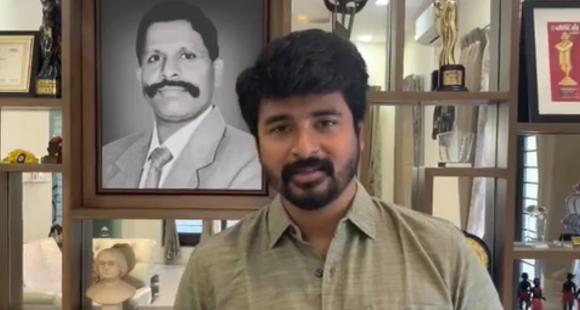 Sivakarthikeyan will team up with Cibi Chakaravarthi for Don. He reportedly plays a college student in the movie.

It was only a few days back when Sivakarthikeyan announced his next project titled Don leaving the fans excited. We had reported earlier already that the South star will play a college rebel in the movie. He will be collaborating with renowned filmmaker Atlee’s former associate Cibi Chakaravarthi for the aforementioned project. Now, the latest that we know is that the actor as well as the rest of the team will begin shooting for Don in the second week of February.

They will reportedly be camping at a private college situated in Coimbatore for some weeks. Meanwhile, talking about the movie Don, it has been produced under the banner of Lyca and SK productions. Moreover, Anirudh Ravichander will be composing music for the same. For the unversed, Sivakarthikeyan will play the role of an engineering student in the movie. However, the rest of the cast and crew’s names from the project are yet to be announced in the news.

Meanwhile, the actor is awaiting the release of his upcoming movie Doctor, a Tamil action drama that has been directed by Nelson Dhilipkumar. Apart from that, the South star recently completed the shoot of Ayalaan that co-stars Rakul Preet Singh as the female lead. The science-fiction drama also features Sharad Kelkar and Isha Koppikar in significant roles. It has been making headlines ever since its inception. R. Ravikumar has directed this movie and AR Rahman has composed its music.

Also Read: Sivakarthikeyan to play the role of a college rebel in Cibi Chakaravarthi”s Don?

Back to Top
Close Add post
X
Towanda Braxton Makes Fans Excited On Social Media With New Footage…GossipsTowanda Braxton has fans all excited in the comments after she announced to them that she has a new episode out. You can also check it out on YouTube.…

X
Jen Shah on ‘Painful’ RHOSLC Reunion, Mary Friendship Update, Plus Which Co-Star…GossipsJen Shah dishes on her first reunion experience, hints at “back-stabbing,” and discusses whether there’s any “hope” for a potential friendship with Ma…
close