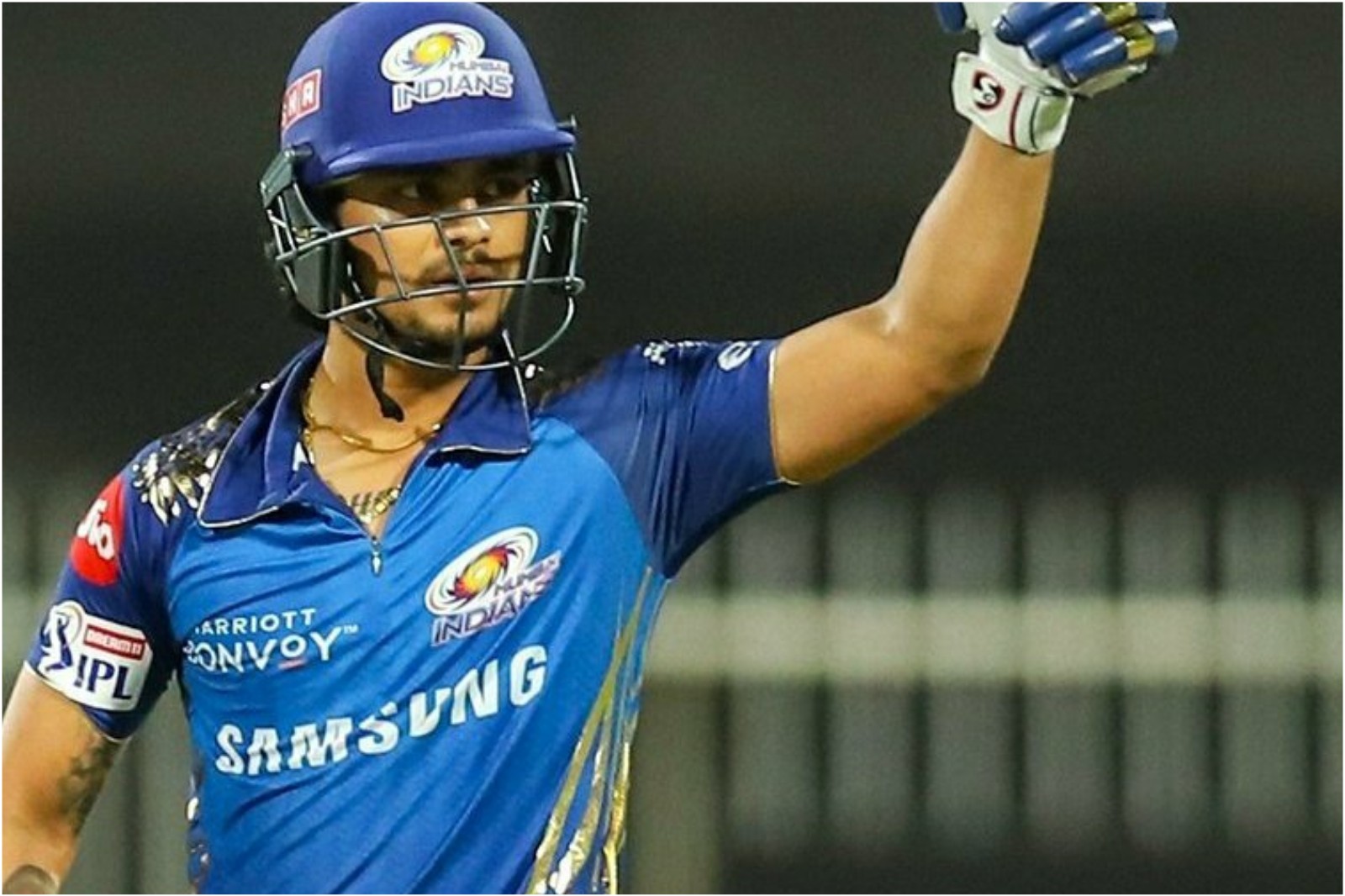 Is Ishan Kishan a “complete player” already? There can be various definitions for a “complete player” but two of the most important things that define the player, especially from a sub-continent in the white ball format, is his ability to play fast bowling (high pace hard length balls and bouncers) and his game awareness. Although, game awareness is a general point to validate any player, let alone the ones from sub-continent, the skill to smack deliveries that are towards north of 140 KPH is certainly one factor that makes people to go in awe for the player.

Yes, the ability to play spin is naturally ingrained in the players from sub-continent to a greater extent because of the slow nature of the pitches that they have played all through their life from childhood. The same cannot be said for the fast bowling and hence the emphasis on the skill to whack fast bowlers is high.

One player who was effortlessly hitting high pace deliveries over the ropes in the previous edition of the IPL was the Jharkand captain and former India U19 Captain Ishan Kishan. The Mumbai Indians’ middle order batsman made everyone take notice of his skills with a breakthrough season where he amassed 516 runs at an average of 57 in 14 games including 4 half-centuries with a high score of 99.

He took his game to another level in IPL 2020 where he was striking at 145. When you consider the position that he played in – the crucial position in T20s is #4 (opened in 4 games in the absence of Rohit Sharma) and equate it with those numbers, you can imagine the kind of impact he had on that MI side. As a matter of fact, he finished as the leading run-getter from MI side ahead of Quinton de Kock who scored 503 runs after having played 2 matches more than Ishan Kishan.

Now that was not it. Kishan was signed for a whopping amount of 6.20 crores by Mumbai Indians in the year 2018. When a franchise like MI, who are the pioneers when it comes to scouting great talents goes big on a mere 18 year old, you got to believe that the player is a future superstar.

After signing him in 2018, the MI head coach Mahela Jayawardene had said the following:

“I think he’s definitely a talent. The other teams were interested in him upto Rs 6.2 crore says that he’s a talent for the future and they probably rate him at the price. Some of the other Indian wicketkeeper-batsmen went at a higher price because it’s difficult to find an Indian wicketkeeper batsman.”

But the beginning was not so fruitful for the former U19 captain. There were a lot of reports about him being so playful and neither approaching the game with right attitude nor hitting the gym with right attitude. It was also said that Jayawardene and the batting coach Robin Singh weren’t impressed at all with his behavior in the pre-tournament preparation. He was also asked to show some maturity and not throw the bat at every ball, and instead look to take games deep.

His returns with the bat in 2018 were not good either. In his very first season for MI, though he showed great intent as he was striking at 149,  he could manage only 275 runs in 12 innings at an average of 22.91. His strike rate against fast bowlers was 136, which was quite good (his strike rate against left arm pace was just 71 that season but that includes a sample size of 14 balls and hence neglected).

In 2017, when he played for Gujarat Lions, his strike rate against fast bowlers was 147.75. This probably gives a better idea why Mumbai Indians went all out for him in the auction the following year.

In 2019, his returns went from not so good to  worse as he got to play only 7 games for 101 runs at a strike rate of 101. This may or may not have played a role in him not starting in the XI in 2020 for the first two matches. In the third game he replaced Saurabh Tiwary in the playing XI who missed out due to a niggle. Ishan Kishan seized the opportunity fair and square and scored a belligerent 99 in a tricky chase of 201 runs and helped his team along with Kieron Pollard who scored a 24-ball 60 to drag the match into a Super Over.

Though, MI lost the game, that match saw the full range of Ishan Kishan where he played like a pro. He didn’t stop there as he went from strength to strength in the season and schooled the fast bowlers in the competition with supreme six hitting skills.

One striking point was the fact that he didn’t look to go hard from ball one in IPL 2020 as his strike rate in the first 10 balls was 98.3 which shows that he was willing to give himself some time before launching, which just shows the value he puts on his wicket. It has been one magnificent journey for Ishan Kishan at this young age.

Not to forget the point with which I started the article. Ishan Kishan’s strike rate against fast bowlers in IPL 2020 was an impressive 142.8. He turned out to be a complete package with little to no flaws in IPL 2020 but the greatness lies in delivering consistently and the upcoming season will reveal even better clarity on where he is.

He didn’t have a great SMAT where he aggregated 142 runs in 5 games but he has started the Vijay Hazare trophy in a breathtaking manner by scoring 173 runs in 94 balls including 11 maximums and 19 boundaries. He is hungry for runs and the stage is set for him with sky being the limit.