Home Business SLR: Why professional protesters should stick to their day jobs

SLR: Why professional protesters should stick to their day jobs 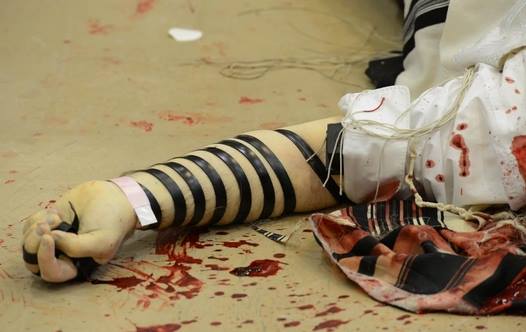 The Israel-Palestinian conflict continues with fresh acts of violence being committed since early May. Over the weekend, thousands of protesters gathered in major cities across the globe to show their support for Palestinians as Israel’s military launched airstrikes on Gaza. In his latest column, Simon Lincoln Reader reflects on a world gone mad, with protesters simply adding fuel to the fire. – Claire Badenhorst

The unbearable stupidity of professional protesters

It wasn’t so much a Saturday and a Sunday as it was a progress report. An analysis of the west’s now year-long project entitled, ‘Taking our civilisation to hell real quick’ started on Saturday when a pro-Palestine march swamped Marble Arch. Here a crotchety old union steward stood addressed the mob: “Where is the leader of the Labour Party? I haven’t seen the shbag…” Islington’s speakers at performative outrage protests such as these are usually angry because at the age of 76, they’re still living with their 90-year-old mother, and the mad old bat stubbornly refuses to kick the bucket. The effortlessly stupid Jeremy Corbyn then got up to speak, and people went more mad.

Later that day, two obscure footballers from Leicester City, an Englishman and a Frenchman, waved the Palestinian flag around Wembley shortly after their victory in the FA Cup final against Chelsea. The Englishman had been sanctioned before for making inflammatory remarks about his own countrymen – whether this convinced the Frenchman to participate in such an inappropriate and offensive and irrelevant spectacle isn’t clear, but 2020’s summer of madness and double standards undoubtedly contributed to the moment. As a study within the study of the decline of civilisation, the moment revealed that sport has been well and truly mugged.

Emboldened by the events of Saturday, a pro-Palestinian convoy started winding its way into central London from Hounslow and its neighbouring borough. Cars emblazoned with hashtags hooted. Some passengers used loudspeakers. Flags flew from the windows.

Their route was carefully mapped; they chose to pass suburbs occupied by Jews. Shortly after exiting St. John’s Wood (where the Israeli Ambassador’s residence is located), the convoy headed toward Marylebone on Finchley Road. “F- – – the Jews”, a loudspeaker in one of the cars bellowed, “r- – – their daughters”.

The remaining Corbynistas in the Labour Party feigned shock. When the footage surfaced, they scrambled for excuses: “#FreePalestine”, a rising moron called Zarah Sultana reverse ferreted, “is actually an anti-racist movement” (surprisingly she did not mention that she’d spent the previous week denying Israel’s right to self-defence on Twitter).  There were also the familiar but no less fake, “Comrades! Discipline” responses – just like the one-armed Kebby Maphatsoe used to shout at smoked-up, breakdancing MKMVA members protesting outside Luthuli House. Non-Corbynistas were more convincing: “Disgusting”, the beleaguered Keir Starmer remarked. At the same time that this was happening, a Rabbi was beaten in Essex and later on Sunday night, the home and car of a moderate Muslim scholar in Birmingham were attacked. Mufti Abu Layth had condemned fellow Muslims for using the issue of Palestine to instigate violence.

As a feature of so-called conscientious resistance, Islington – which means Jeremy Corbyn and his fellow middle class, white, professional protesters – is a failure. The attempt by the activist class to overturn 2016’s referendum was embarrassing. Donald Trump was never kicked out of capital or country. Once it took a principled stand against an illegal war: now it provides a layer of excuses enabling the kind of uncontrollable hatred that detests facts and seeks things to break.