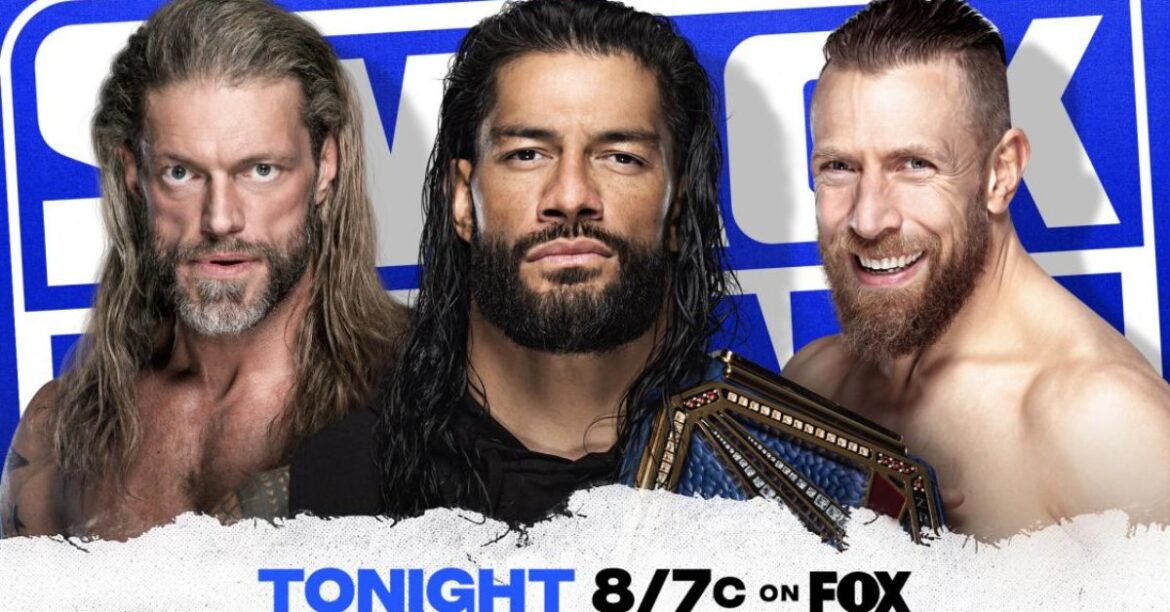 There’s just two Smackdowns to go until WrestleMania, but when you consider that next week’s Smackdown will basically be the WrestleMania pre-show, that basically makes this the WrestleMania go-home edition of Smackdown. So what’s on the menu for tonight? No matches, so far — who needs matches on a wrestling show? — but there are two segments to look forward to, or dread, depending on your perspective. First up, Roman Reigns and Daniel Bryan will be looking for revenge against Edge after Edge’s attack last week.

The preview on WWE.com asks:

How will Roman Reigns and Daniel Bryan strike back following Edge’s vicious attack?

Next up, there’s the long-awaited (by someone, probably) debut of Sami Zayn’s documentary exploring the conspiracy against him. And he’ll have a special guest at the premiere: Logan Paul (for some reason). Alright then.

Sami Zayn welcomes global YouTube sensation Logan Paul to be his guest of honor for the Red Carpet premiere of his documentary trailer, will the paranoid Master Strategist finally reveal all? Find out on SmackDown, tonight at 8/7 C on FOX.

And yes, some wrestling is almost certainly going to be added to the show eventually. Probably. We’ll find out in less than two hours.

Saweetie Says The Elevator Fight Was Not The Reason She And Quavo Broke Up!