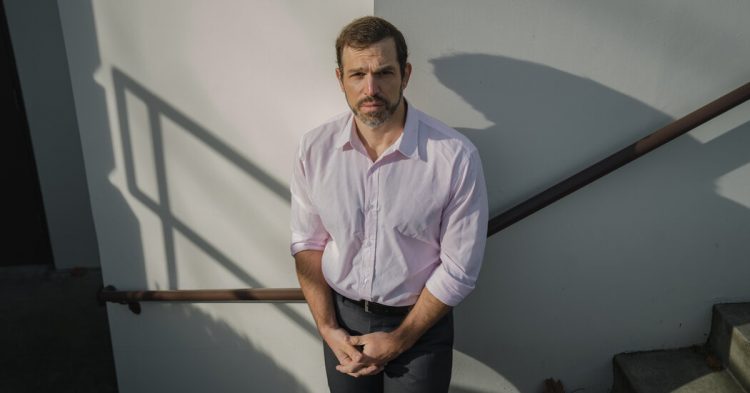 Brain scans, spinal fluid analyses and other tests didn’t find any brain infection, said Dr. Gabbay, whose hospital has treated two patients with post-Covid psychosis: a 49-year-old man who heard voices and believed he was the devil and a 34-year-old woman who began carrying a knife, disrobing in front of strangers and putting hand sanitizer in her food.

Physically, most of these patients didn’t get very sick from Covid-19, reports indicate. The patients that Dr. Goueli treated experienced no respiratory problems, but they did have subtle neurological symptoms like hand tingling, vertigo, headaches or diminished smell. Then, two weeks to several months later, he said, they “develop this profound psychosis, which is really dangerous and scary to all of the people around them.”

Also striking is that most patients have been in their 30s, 40s and 50s. “It’s very rare for you to develop this type of psychosis in this age range,” Dr. Goueli said, since such symptoms more typically accompany schizophrenia in young people or dementia in older patients. And some patients — like the physical therapist who took herself to the hospital — understood something was wrong, while usually “people with psychosis don’t have an insight that they’ve lost touch with reality.”

Some post-Covid patients who developed psychosis needed weeks of hospitalization in which doctors tried different medications before finding one that helped.

Dr. Robert Yolken, a neurovirology expert at Johns Hopkins University School of Medicine in Baltimore, said that although people might recover physically from Covid-19, in some cases their immune systems, might be unable to shut down or might remain engaged because of “delayed clearance of a small amount of virus.”

Persistent immune activation is also a leading explanation for brain fog and memory problems bedeviling many Covid survivors, and Emily Severance, a schizophrenia expert at Johns Hopkins, said post-Covid cognitive and psychiatric effects might result from “something similar happening in the brain.”