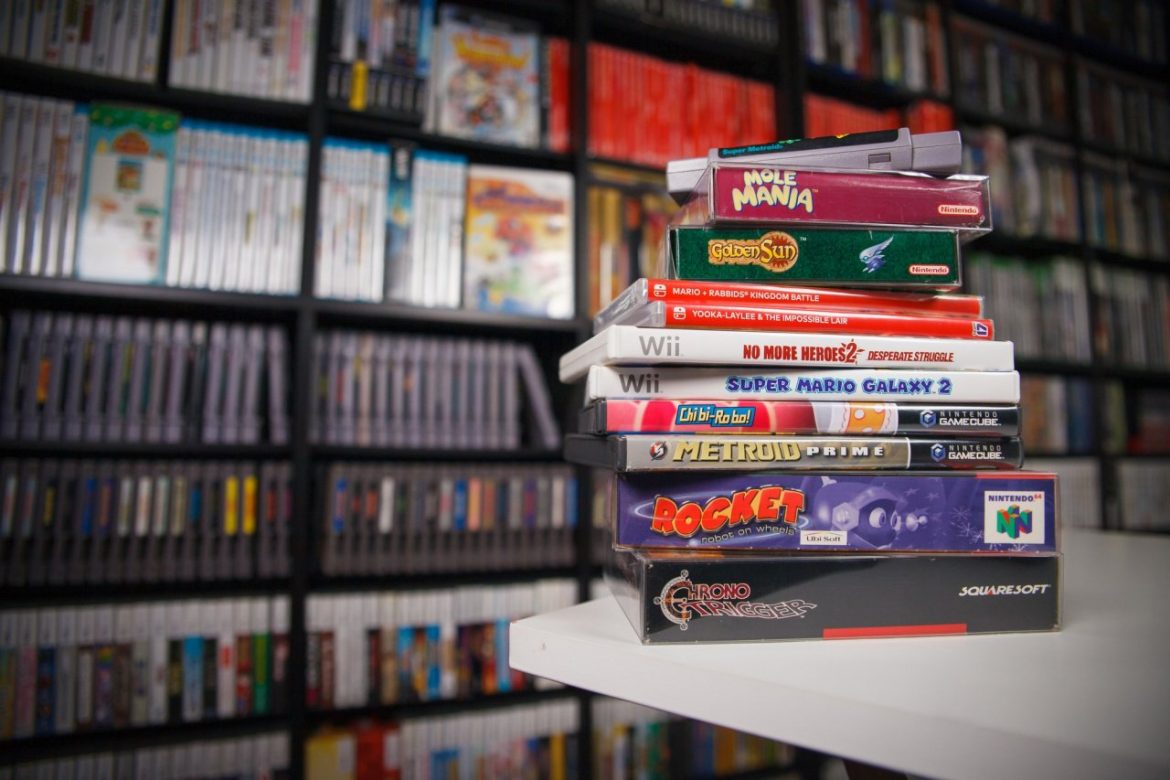 If your mum asked you if you wanted to watch a romantic period drama with her for Mother’s Day, you’d know what to expect. Two hours of unrelenting pining between two extremely good-looking people in silly outfits, kept apart by some ridiculous social convention, at least one ludicrously sexy scene where one of the good-looking people falls in a lake, or gets shot and has to take their top off, and then they get married at the end.

If your dad requested a movie night with a bunch of ’80s action movies, again, you’d already know quite a few of the tropes. Bruce Willis, Tom Cruise, and Sylvester Stallone try to break into an underground wrestling crime ring run by the German Mafia to rescue their daughter, wife, and best friend from a plane crash before the President finds out. And then, at the end, they all turn out to be androids!

However, if your little brother asked you to play a first-person shooter with him, all you’d know about the game would be the fact that it has guns, and those guns are pointed at something that should probably become dead. Also, your face is the camera.

Granted, that’s a bit of an unfair oversimplification. Genres, both in games and in films, serve to inform the audience what to expect from something. Without having too many elements of the plot spoiled, a genre can tell you what the focus is, whether it’s finding love, killing bad guys, or being chased around a house by ghosts.

Movie genres tell you how you will feel, like “horror” or “thriller”, the general setting, like “western” and “historical”, or they tell you what the main character will be doing, like “action” or “romance”. Video game genres, by virtue of their interactivity, are largely classified by what you do in them, like “platformer”, “role-playing”, and “shooter”. Of course they differ from how books, film, and TV are described, because the main difference is that you are the one doing the action in a game, so the mechanics are used as the main descriptor.

But, in the few decades that the video game industry has existed, those labels have proved to be less than adequate. New labels have emerged, and some of them are exceedingly silly, like “metroidvania” and “roguelike”. The former refers to a game with a large map that you can access from the beginning, with new areas that you can unlock as you progress, and it comes from “Metroid” and “Castlevania”, two games that had systems like that. To clarify: Metroid and Castlevania are both action-adventure games, but their way of doing things was so unique that it became popular enough to warrant a whole new label.

The latter, “roguelike”, is similar: games that usually involve dungeon crawls through procedurally generated levels, making progress each time, but starting again once you die. It’s a label based on the game “Rogue“, a game from 1980 that pioneered the mechanic. We know what roguelikes (and their bastard child, roguelites) are, because we had to learn what they are in order to figure out if we enjoyed them. The label, just like “metroidvania”, tells us nothing in and of itself, and expects prior knowledge of the industry and its history.

I’m a games journalist, and I have to know all these silly portmanteaus in order to do my job properly. But when I talk about my favourite games, I have absolutely no idea how to describe them, because the games genre lexicon is stunted. For example: I like games like Slay The Spire, with cards that have attacks on them… but I don’t like Hearthstone. So, single-player deckbuilders? But Slay The Spire is a roguelike, or maybe a roguelite, as well — so maybe it’s just those that I like, although I didn’t really get on with Rogue Legacy, Spelunky, or Dead Cells. So, maybe it’s the strategic elements of Slay The Spire that I enjoy… except games like Crusader Kings and Civilization bring me out in stress-hives.

Oh, don’t worry. I realise how much of a first-world problem it is that I can’t quite categorise the games I like. Waaa. But, be honest: has your brain ever slightly melted at the phrase, “massively-multiplayer online role-playing game”? Have you ever wrinkled your nose at people using “indie” to mean “cute game made by small team”, even when that team has a publisher? And, be honest now, do you sort of hate the word “wholesome” to describe literally any game with dogs in it?

That’s precisely my point, you see. Genres are supposed to be useful tools, both to sort games into boxes for easier decision-making, and to talk about games with other people. They’re a linguistic shortcut, just like “car” means “metal box with wheels for go fast” and “shoes” means “fabric box on foot for go slow”. Both cars and shoes come in lots of different shapes, colours, and sizes, but we know what they are; if we need further distinction, we can get into appearance, purpose, and even brand: a red satin ballet shoe, or a blue Toyota Corolla.

When genres are as messy as they are in games, especially when they rely on naming other games, it becomes a tangled web of references that don’t tell us much about the game itself. Imagine trying to tell your friend that your shoes were “Converse-likes” or that your car was a “PeugeotFiat”, and how little that would help to actually describe those things.

Newer genre names like “indie” and “wholesome” exist to convey something that a portion of the market has decided that they like: small, personal games, for example, that are relaxing, tender, and gentle, or that have greater diversity than you would get in a mainstream game.

But there was a backlash about “wholesome” as a label after the Wholesome Games Direct was announced this week, because not everyone wants their work to be subsumed into a label that implies only goodness and softness. Many creators, especially those under the LGBTQ+ umbrella, felt that the label was infantilising, moralising, or that it automatically assumed that any work that included themes of marginalisation and representation were “wholesome”, no matter what their content. Other creators were happy to be considered “wholesome”, due in part to the fact that it helped their games get noticed under a genre label that was getting attention.

The “wholesome” debate is just one example of how genres are failing both players and developers. Right now, video game genres are a bit of a free market, and no one knows exactly how to navigate it.

The reason we have these labels, and why I’m constantly using the godawful phrase “Harvest Moon-likes”, is because no one governing body exists to make new ones properly. Like all of language, these genre names just sort of bloop out of some journalist or marketing specialist’s brain, and we use them gratefully because we’re really tired of having to describe games with fifteen words.

Imagine trying to build a bridge as you cross it, placing planks down, stepping on to them, and hoping it holds. That’s game genres. We’re all just trying to make things work as we build them, trying desperately to coin useful, descriptive ways to describe games, and because a lot of the people trying to do that are journalists and critics like me, we end up saying “it’s a lot like this other game”, because our body of knowledge is other games. It’s beyond fixing, now. We’ve come too far, and now we have all these horrible mutant genre names that we have to use, or genre names that creators outright resent or reject.

There’s no easy solution here, because what’s done is done. We could establish some regulatory body to crack down on new genres, but what fun would that be? People will continue to make their own proprietary blends of tags, descriptions, and compound words to try to categorise the games they love, because humans really, really love putting things in boxes. Perhaps this is just a teething problem, and it’ll straighten itself out eventually. But can I make one request? Stop making me refer to games as “metroidvanias”, please. I feel like a wally.