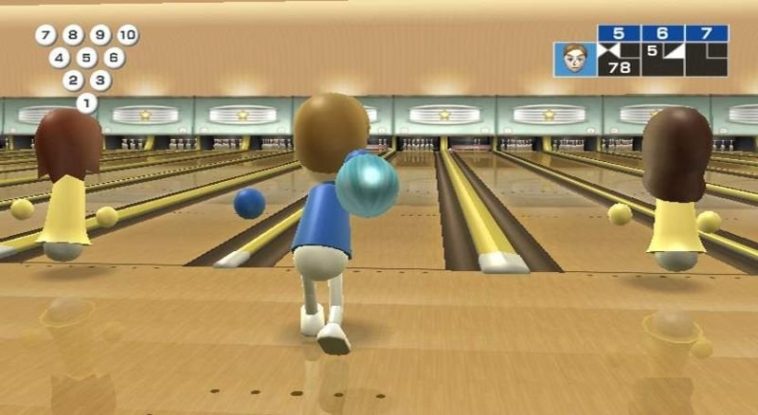 The Wii is 15 years old, words to make this writer feel a little bit old. It was an era when HD was a bold new frontier in gaming, and Nintendo decided ‘nah, we’ll just do something fun instead’. It’s extraordinary to consider that the Wii and DS shared the market, creating a boom for Nintendo that even the current Switch success can’t emulate – two systems, both leading the field and reshaping the definition of ‘gamer’.

Some choose to set certain criteria and standards to ‘gamer’, an idea I don’t buy into. My Mum is now retired but plays games as much as me, varying from anything in the Dragon Quest series, to Animal Crossing: New Horizons and even Assassin’s Creed: Valhalla. She’s conquered RPGs that make me sweat and whimper in a corner, and unlike me had the stamina to not only finish Hyrule Warriors: Age of Calamity but also jump into the DLC. Some games she’ll play at ‘normal’ difficulty, others are put down to lower levels, but fun is had.

My Dad is also retired, and doesn’t play games much at all, but does own a Switch. For him complex controls or pressurised gameplay tempos aren’t welcome, but gets pleasure in titles like The Room or Mars Horizon, or perhaps good ‘ol Toki Tori.

My brother and I, well we play lots of stuff, including a lot of recent releases that involve fast cars or shooting stuff. I particularly like action games and platformers, treating lost lives as a personal affront that must be avenged.

We’re a family of gamers.

What made the Wii particularly special, and will forever be among many factors that enshrine Satoru Iwata’s legacy in the industry, was its way of bringing various people together with easy to grasp and universal play; in the process forging new relationships between players and the pleasures of gaming. Despite our wildly different tastes and styles, my family would routinely gather and fire up the Wii for a bit of Wii Sports, which was a magical thing.

Bowling was the ultimate group exercise, which was funny because we used to actually go 10-pin bowling at the local centre in past years. It was also the only place I could give my brother a contest, as in real bowling he was borderline pro level and my talents were somewhat, well, limited. Humorously our bowling styles translated from real alleys to the Wii equivalent – my brother would use wicked spin, I’d try to use spin but probably get it wrong, and my dad would bowl straight as an arrow at surprising speed. I’m not sure what my mum’s style was, I suspect it varied per delivery!

A nod to Wii Sports Club: Golf on Wii U, which I also played with my dad

Golf was the funny event, and probably one of the most memorable for me. After the initial buzz and enthusiasm it ended up being something I’d play with my dad in surprisingly competitive rounds. After all, it couldn’t be simpler to play, but even in that original guise its motion tracking was pretty decent, and we’d play ‘properly’ as if it was 1-to-1 accurate. I suspect my dad liked it because it was gimmick free, you could play at your own pace and, actually, it was just a pleasant course to work around.

And strangely, our playstyles were the opposite of what friends and acquaintances would perhaps expect at the time. I became known as Padraig Harrington, at that time a Major winner who was known for being safe and steady. My dad was a young Rory McIlroy, a bit wild and bold with his shot selection. I remember a par 4 with a dogleg and a forest blocking the direct route to the hole. I’d get out the three iron, play an approach and then drop onto the green with a nine. My Dad insisted it was possible to get on the green in one through the trees, and at that age I was playing my ‘proper gamer’ card and telling him it couldn’t be done. Each time we played, though, he’d try it.

Then, one day, probably months after our first round, it worked. I initially rolled my eyes as, predictably, the embodiment of young Rory pointed the shot direction directly at the hole. An almighty swing, that pleasant ‘swoosh’ sound effect, and the ball… kept going through the trees. It landed on the green.

There was a little whooping, a high five and wide eyed surprise.

It didn’t really matter that we were adults swinging a plastic Remote around.

That’s just one of many memories of Wii Sports, which was not only a terrific game to enjoy with others but showcased a defining wonder of Wii gaming. Bundling it with the system (though it wasn’t bundled in Japan) was an inspired move, an immediate gateway to wary players unsure of how that strange Wii controller was supposed to work.

The Wii celebrates its Birthday and deserves a lot of love, but let’s not forget the bundled game that helped to get the party started.

RELATED:  Allu Arjun-Starrer Pushpa To Be Released On August 13