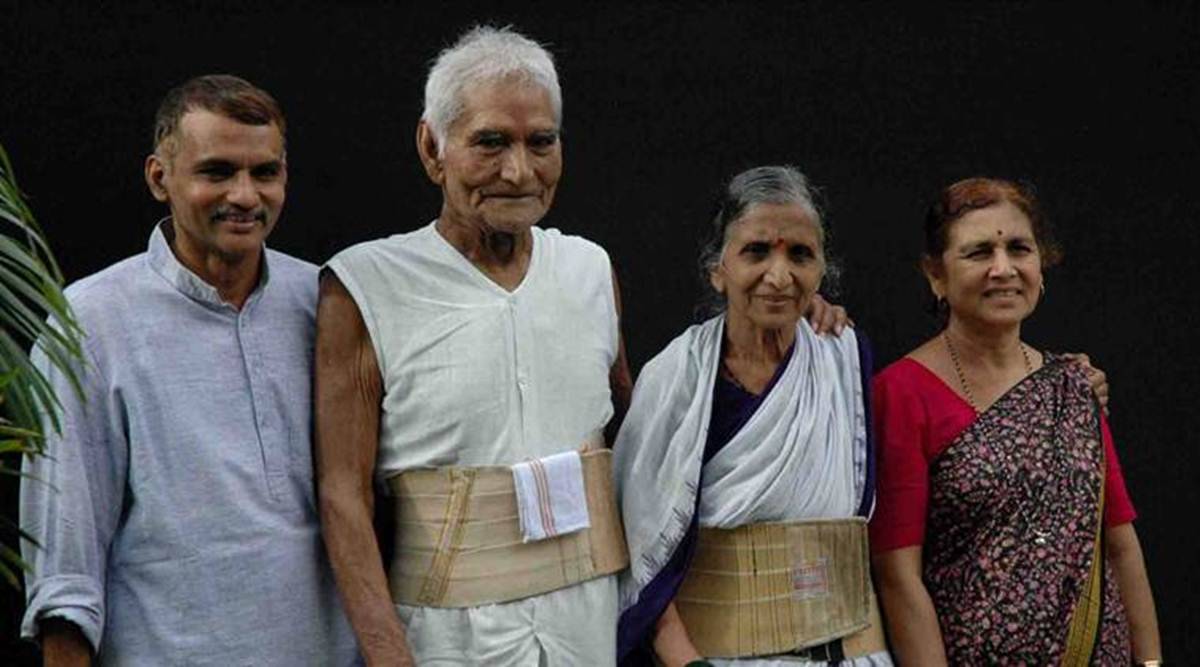 A RAGING feud among members of late social activist Baba Amte’s family has come out in the open, with Baba’s sons Vikas and Prakash and their wives Bharti and Mandakini, respectively, issuing a clarification on several allegations raised by Vikas’s daughter Sheetal on social media.

Earlier this week, Sheetal had uploaded a video on Facebook, where she allegedly raised allegations, but removed the post within two hours. The clarification from the senior Amtes read: “Maharogi Seva Samiti, Warora, is a leading social service organisation in the country. It provided direction and inspiration to the development of the deprived. Lakhs of social activists were trained here. Three generations of Amtes are deeply involved in this work. Among us, Sheetal Gautam Karajgi, nee Sheetal Vikas Amte, has contributed to the work done by our organisation. She, however, is currently facing mental stress and depression. While admitting it in her social media posts, she has made inappropriate statements about the work, trustees and workers of Maharogi Seva Samiti. All her comments are baseless. The Amte family is issuing this statement after mutual discussions to prevent any misunderstanding likely to be caused by Sheetal’s allegations.”

It further states, “We wish to assure in unison all our beneficiaries, workers and associates that the organisation’s work will continue by keeping up the tradition of the past seven decades,” and appealed people “to not believe any false propaganda.”

Sheetal and Gautam Karajgi have responded in a statement saying, “We stand by our concerns and also most importantly, the values taught to us by our grandparents Baba and Sadhana Amte. We shall, at an appropriate time, issue a detailed statement explaining and supporting our stand. We request the people to trust us and continue to support us till such time. We request the media to not to publish any statements on our behalf and/or against us without confirming with us.”

Baba Amte was conferred India’s second highest civilian award Padma Vibhushan for his social work, particularly one for leprosy patients, carried out at Anandwan, an asylum for the afflicted, who were discarded by the society. Set up in 1959 at Warora in Maharashtra’s Chandrapur district, Anandwan is administered by Maharogi Seva Samiti (MSS), a public charitable trust of which Vikas Amte is currently the secretary and Sheetal Karajgi the Chief Executive Officer (CEO), a post earlier not in the organisation’s original hierarchial set-up but carved out about three years ago. Since then, the Karajgis have been in command over Anandwan’s day-to-day affairs.

MSS added two other projects under the name Lok Biradari Prakalp at Somnath in Mul tahsil of Chandrapur district in 1967 and at Hemalkasa in Bhamragad tahsil of Gadchiroli district in 1973. The Hemalkasa project is looked after by Prakash and Mandakini Amte, both doctors, and their sons Digant and Aniket and their wives Anagha and Sameeksha.

The current clash has its origins in the rivalry between Sheetal (39) and her brother Kaustubh (43) over control of Anandwan and Somnath. Sheetal had raised several allegations of irregularities against Kaustubh, leading to his resignation from the MSS trust about five years ago. After Kaustubh’s resignation, she also removed some of organisation’s old hands, attracting accusations of running the organisation in “corporate and authoritative style”.

Sheetal previously countered allegations, saying the organisation needs to change its ways of functioning to survive and infusing those changes was being wrongly dubbed corporatisation. She also refuted all allegations of her high-handed administration at Anandwan along with her husband.

When contacted, she said, “We have issued our statement,”.

The family feud spiralled out of elders’ control on October 29 when, in a virtual meeting of the trust, MSS trust member Narendra Mistri proposed the induction of Kaustubh into the nine-member trust that currently has seven working members, four of them being Vikas, Prakash, Digant and Sheetal herself. Although Sheetal opposed the resolution, the trust went ahead and obtained the signatures of other trustees. In response, Sheetal put out a video on Facebook, raising several allegations against Kaustubh, Aniket and Prakash, but removed it within two hours.

On why she chose the social media to clarify her stand, and subsequently removed her post, Sheetal said, “I will consult my lawyer before saying anything”.

While Vikas Amte couldn’t be reached for his comment, Prakash said, “We have issued a statement clarifying our stand.”