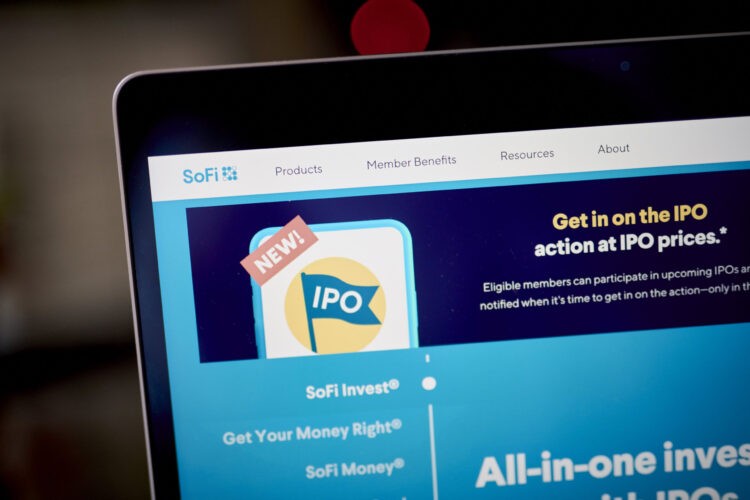 Online finance start-up SoFi is lowering the barrier for amateur investors to buy shares of companies as they go public.

These IPO shares have historically been set aside for Wall Street’s institutional investors or high-net worth individuals. Retail traders don’t have a way to buy into newly listed companies until those shares begin actually trading on the exchange. By that time, the price has often gapped higher.

“Main Street will have access to investing in a way they wouldn’t have before,” SoFi CEO Anthony Noto said in a phone interview. “It gives more differentiation, and more access so people can build diversified portfolios.”

SoFi itself will be an underwriter in these deals, meaning it works with companies to determine a share price, buys securities from the issuer then sells them back to certain investors. It’s common for brokerage firms to get a portion of IPO shares in that process. But they don’t typically offer them to the everyday investor.

Noto worked on more than 50 IPOs, including Twitter’s debut, in his former role as partner and head of the technology media and telecom group at Goldman Sachs. Firms like Goldman generate revenue from Wall Street funds, which often choose to get in on an IPO “based on the access they get to that unique product,” he said.

“Individual investors don’t generate those types of revenues, therefore they don’t get access to the unique product,” Noto said. “The cost of serving retail, if they did decide to do that, would be too high.”

SoFi clients who have at least $3,000 in account value will be able enter the amount of shares they want as a “reservation.” The app will alert them when it’s time to confirm an order.

Trading app Robinhood is working on a similar platform to offer access to initial public offerings, including its own upcoming debut, according to Reuters. Robinhood declined to comment.

The website for Social Finance (SoFi) on a laptop computer arranged in the Brooklyn borough of New York, U.S., on Friday, March 26, 2021.

SoFi is set to go public by merging with a blank-check company run by venture capital investor Chamath Palihapitiya. The merger with Social Capital Hedosophia Corp V valued SoFi at $8.65 billion. The company was founded in 2011 with a focus on student loan refinancing for millennials and now offers stock and cryptocurrency trading, personal and mortgage loans and wealth management services.

SoFi’s IPO product comes on the heels of record levels of new, younger traders entering the stock market during the pandemic. That surge has continued into 2021, marked by frenzied trading around so-called meme stocks like GameStop.

Noto said less than 1% of SoFi accounts are “active traders” that trade more than three times per day and the company has held off on offering margin or options trading. Still, he acknowledged the current risk appetite of some retail investors and the dangers of diving into new, unproven companies as they go public.

“Investing early is inherently … risky, and those are less-proven companies,” Noto said. “In the same way as cryptocurrency, we disclose to people that these come with a higher degree of risk.”