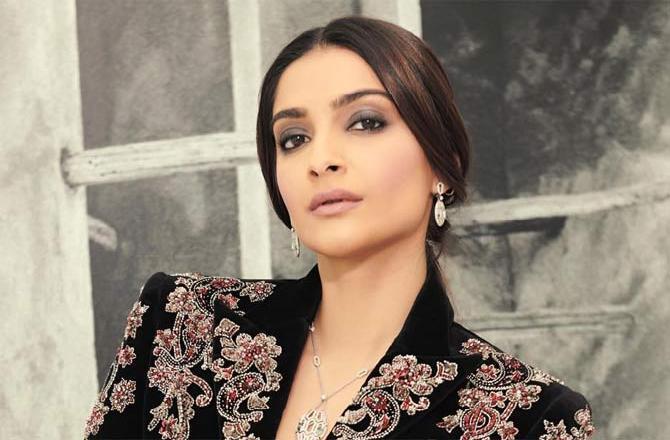 The unfortunate death of Bollywood actor Sushant Singh Rajput on June 14 has led to netizens trolling and targetting a lot of Bollywood celebrities on issues ranging from groupism and nepotism. The majority of the people who were called out on Instagram and Twitter were star kids, who were lashed out at for their “lineage and privileges”. And one of the actors who had to bear the brunt for it was Sonam Kapoor Ahuja.

In a recent interview, Sonam talked about the online hate that she and other celebrities have been subjected to. Speaking to Cosmopolitan India, she said, “I wasn’t in the line of fire but it has been traumatising to see what my colleagues have been through, and the witch-hunt that has taken place. I feel scared…women are such soft targets. Nobody has ever spoken about a man in the way women are being spoken about right now It’s almost like we have gone back several decades… where, if you are a woman in the film or fashion industry, you are not thought of as an artist or a creative person. Instead, your moral character is questioned.”

She said that she felt nauseous about all the hate against a particular gender. “We are artists. What is the difference between us and a male actor or director? They are made into ‘heroes’ and women are made into conniving witches! It makes me nauseous and sick. And it’s even stranger that some women are pushing this narrative forward… There is a lot of unlearning that needs to happen,” the actress added.

Sonam had slammed people on social media for the constant trolling post the death of Sushant, for which she was targetted on social media. Sonam further shared screenshots of a few of social media user accounts, or should we rather say profiles of the trolls, who spewed venomous comments to her Inbox. Later, she along with her family also limited their comment sections on Twitter and Instagram.

Also Read: Sonam K Ahuja: You Can Be Friends With Your Exes Or Choose Never To Speak To Them Again

In an earlier interview, the Neerja actress had talked about how the hatred on social media affected her life. the actress stated, “I had some stressful times in the last three or four months, mentally. There is a lot of stuff that happens on social media, there is a lot of hate and talk of a lot of things. It put me in a very low and negative space. But now I am much better.”

Talking about turning off her comments section on her social media accounts, Ahuja said, “Yes I’ve switched off my comment section and my parents comment section because I don’t want my 64 year old parents to go through this. They did nothing to deserve this. And I’m not doing it out of fear you morons I’m doing it out of common sense to preserve my mental health and my parents.”

The actress made her Bollywood debut with Saawariya in 2007 with Ranbir Kapoor.  She then went on to do films like Delhi-6 and I Hate Luv Storys, Raanjhanaa, Khoobsurat, Dolly Ki Doli, Prem Ratan Dhan Payo, Neerja, Pad Man, and Veere Di Wedding. She was last seen in The Zoya Factor. Before this romantic comedy, Sonam Kapoor was seen playing a homosexual character in Ek Ladki Ko Dekha Toh Aisa Laga, opposite Rajkummar Rao and Regina Cassandra. Now, the actress is gearing up for Sujoy Ghosh’s next production, which is the remake of the Korean film, Blind.