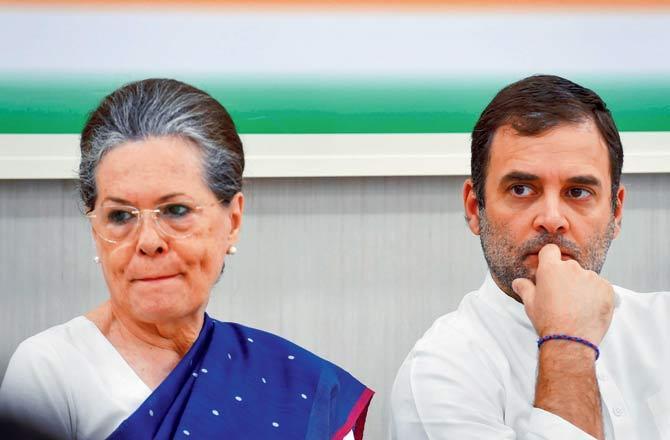 Helming the grand old party of India since 1998, Congress chief Sonia Gandhi faced her toughest political battle in 2020 when a group of 23 party leaders wrote to her to demand sweeping internal reforms, including organisational elections.

In the letter, the party leaders said that “the leadership should be effective and visible on the ground”.

The leaders were miffed with the party for reducing itself to holding only press conferences and posting tweets, said a signatory to the letter on the condition of anonymity.

The letter lamented that the “party is declining and unable to confront the rise of the BJP in the country”.

In a subsequent Congress Working Committee (CWC) meeting in August, her loyalists turned the tables on dissenters as the highest decision-making body of the party decided that Sonia Gandhi will continue as interim party chief till a new President was elected and that the next CWC meeting will be called in six months.

That CWC meet started with Sonia offering to quit and Rahul Gandhi questioning the timing of the letter.

Party spokesman Randeep Singh Surjewala had said: “The CWC authorises the Congress President to effect necessary organisational changes that she may deem appropriate to take on the challenges listed above. In the light of the above deliberations and conclusions, the CWC unanimously requests Sonia Gandhi to continue to lead the Indian National Congress until such time as circumstances will permit and an AICC session to be convened.”

After the meeting, Sonia Gandhi made changes in the organisation and many dissenter were ‘adjusted’. A Central Election Committee was formed to undertake the organisational election process.

On December 19, Sonia Gandhi was compelled to call a meeting of senior party leaders, including dissenters, and listen to their grievances.

Sources in the dissenters’ camp said that it was only a “ice-breaker” as the party has to address issues raised by them in their letter, but pointed out that the meeting was “cordial”.

During the meeting, Sonia maintained that the party is “family” but a chorus for Rahul Gandhi as party President received a cold response from the dissenting group. Former Maharashtra Chief Minister Prithviraj Chavan asked for internal party elections from top to bottom, which was one of the primary demands made in the letter.

Rahul Gandhi said that “we are not here to discuss who will be Congress President but to focus on the party”. He said that everyone was dear to him as all had been his late father Rajiv Gandhi’s friends. Azad endorsed Rahul’s views but suggestions were made to organise a ‘Chintan Shivir’ or brainstorming session in the party.

The leaders also pointed to the loss in Bihar and Gujarat elections. Congress General Secretary Priyanka Gandhi Vadra said that it was time to hit the streets with an agenda and the time of memorandum and statements were over.

Congress leaders’ meeting with Sonia Gandhi ended after almost five hours and sources said nobody in the meeting objected to Rahul Gandhi’s name for party chief’s position once again.

“No one has a problem with Rahul Gandhi — and this is not just for today. Everybody said that we need Rahul Gandhi’s leadership. We must not fall into the trap of other people who are trying to distract the party’s agenda,” senior party leader Pawan Kumar Bansal said after emerging out of the much-awaited meeting ever since the 23 leaders shot off a letter to Sonia Gandhi in August.

But the pushes and pulls within the opposition party have not subsided yet as dissenters want organisational reforms, including party elections from CWC down to the grass-roots level. So, the last word on the issues bedevilling the party remains to be said.