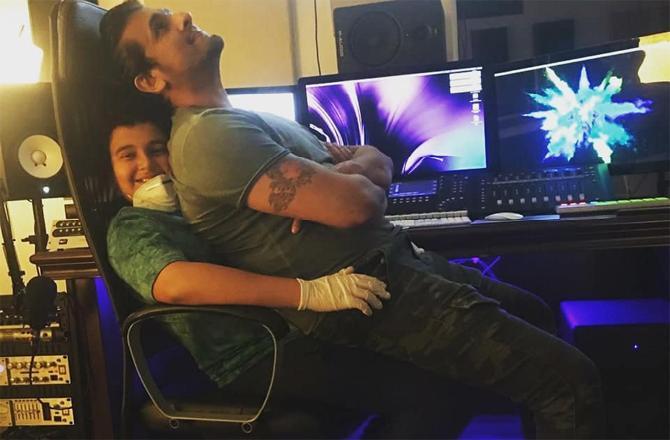 Sonu Nigam has completed 25 years in the Hindi film industry. The singer has given fans some of the most iconic and memorable songs of all time, and established a solid fan base for himself. He’s now ready with a devotional song called Ishwar Ka Vo Sacha Banda.

In an interview with Times Now Digital, the singer spoke about the song and this is what he had to say, “The response has been very nice. People are getting drawn towards songs that spread positivity. The concept of the song is exactly the concept that I believe in. Basically, we can never match the perception of the ultimate godliness but we can at least try to become one.”

When asked about his son Nevaan and if he wants him to be a singer, Sonu Nigam made a revelation, “Frankly, I don’t want him to be a singer, at least not in this country. Anyway, he does not live in India anymore, he lives in Dubai. I have already got him out of India. He is a born singer but he has another interest in life. As of now, he is one of the topmost gamers of the United Arab Emirates (UAE).”

He added, “He is number 2 in Fortnite. There is a game called Fortnite and he is the top gamers in the Emirates. He is a brilliant child with a lot of qualities and talent. And I don’t want to tell him what to do. Let’s see what he wants to do himself.”

Also Read: Here’s How Sonu Nigam Contributed To COVID-19 Relief Measures Despite Being In Dubai