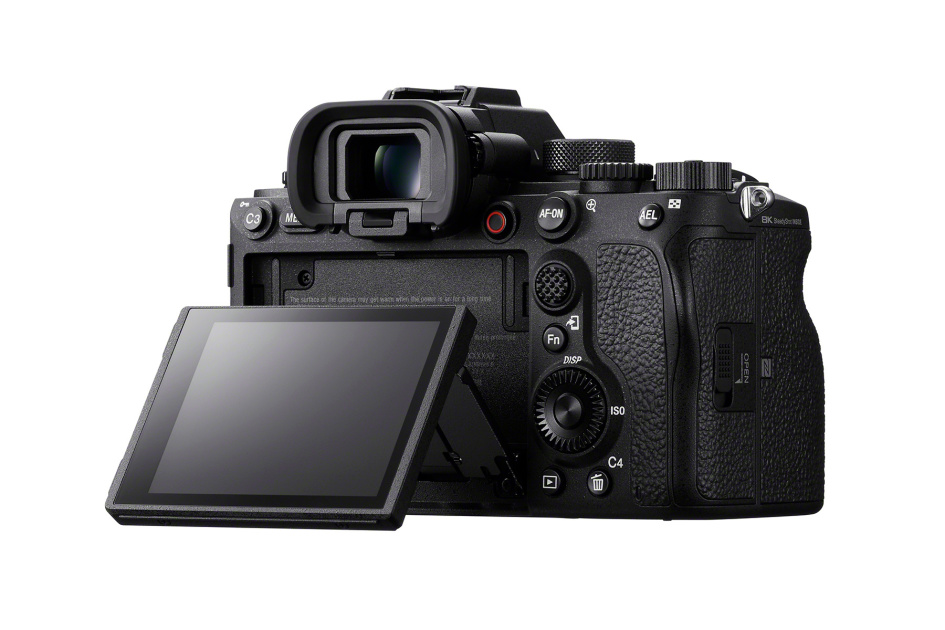 At the same time, the A1 has a standard ISO 100-32,000 ISO sensitivity range, expandable to ISO 50-102,400, so it should work well in low-light. That’s thanks to the “back-illuminated [sensor] structure with gapless on-chip lenses and an AR coated seal glass,” according to Sony’s latest chip jargon. It also has improved color reproduction and up to 15 stops of dynamic range. If 50-megapixels isn’t enough resolution, you can use Sony’s pixel shift multi shooting feature to combine up to 16 shots in one 199-megapixel image.

If video is more your thing, you can shoot 8K video at 30 fps, or 4K at up to 120 fps. The latter works with a full sensor readout, no pixel binning and 5.8K oversampling. You can also shoot with 10-bit 4:2:2 color detail and S-Log or hybrid log-gamma (HLG) modes, using Sony’s latest HEVC/H.265 code with intra-frame coding. If that’s not good enough, you can output 16-bit RAW video to an external recorder. The A1 also features Sony’s S-Cinetone color matrix found on its Venice, FX6 and other Cinema Line cameras.

Rolling shutter has been a problem on previous Alpha cameras, particularly for video. However, Sony has promised that a new anti-distortion shutter reduces that effect by 1.5 times. Sony has also introduced an anti-flicker mode to reduce flicker caused by artificial lights when shooting photos using the electronic shutter.

Sony is also offering “unrivaled autofocus,” with real-time eye-tracking for both photos and video, that covers humans, animals and birds. Sony said that the tracking algorithms work faster than ever and with 30 percent greater precision than the A9 II. The A1 also offers 5-axis in-body stabilization, including an active mode that Sony says is “highly effective for handheld shooting.”

All of these features are contained in a normal-sized, 737 grams (1.63 pound) Alpha body, but Sony promises that you’ll be able to record 8K/30p or 4K/60p video continuously for up to 30 minutes without overheating. That’s clearly a shot over Canon’s bow, as EOS R5 continuous shooting times are highly constrained by overheating.

Much like the A7S III, it also includes dual SD UHS II and dual CFexpress card slots, so you’ll be able to backup your work on the fly and choose between cheaper SD UHS II or faster CFexpress formats. Other features include mic and headphone ports, 10 Gbps USB 3.2, an optional multi interface shoe with digital audio and, yes, a gigabit ethernet port.

You’ll pay for all this power, however. Pre-orders start tomorrow at $6,498 for the body only, which is $3,000 more than the Canon EOS R5. However, the A1 is now Sony’s flagship aimed at professional photographers and videographers, who will not balk at that price for a second.