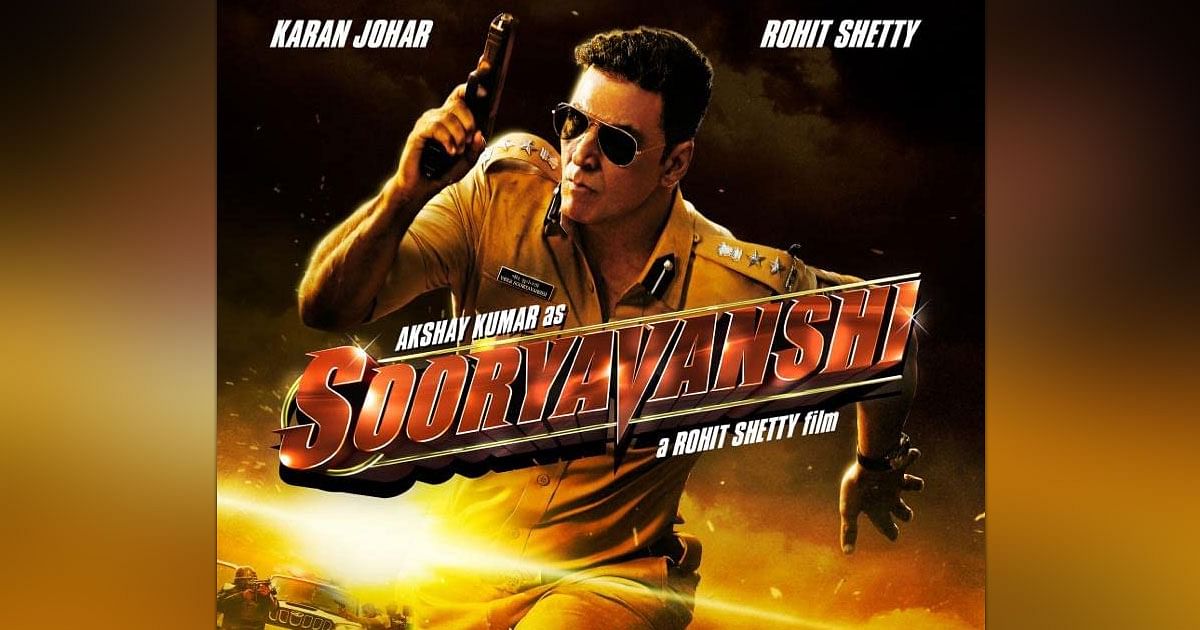 As the government has allowed 100% occupancies in cinemas, all eyes are on the release of big films like Sooryavanshi, ’83 & Radhe. While Radhe & ’83 are expected to release in May & June respectively, the Akshay Kumar & Katrina Kaif starrer is supposed to bring the crowds back to cinemas in March end or early April.

Trade is keeping a close eye on each and every development regarding Sooryavanshi’s release. It was reported that the makers were in talks with exhibitors to crack a deal according to the current scenario. An official announcement regarding the release date is expected anytime soon now.

Meanwhile, here’s something which will make the fans excited for the film. A YouTuber named Aamir Ansari was recently at INOX Mumbai where he noticed Tip Tip Barsa Paani song playing inside a screen. He recorded the music clip of the Mohra song which has been recreated in Sooryavanshi. Though nothing much has been revealed in the video, it can be said that the test screening was going on in the theatre. “tip barsa paani.. aa rahi hai police .. Inox Mumbai @akshaykumar #Sooryavanshi final negotiations done” he captioned the video.

Meanwhile, it was reported recently that the makers have asked exhibitors to give them 70% of the share from the ticket income generated by Sooryavanshi. Along with that, they have also asked them to reduce to OTT window from 2 months to 1 month. Different exhibitors had reacted to it differently.

Talking to Bollywood Hungama, Raj Bansal, the Entertainment Paradise owner in Jaipur, said, “(OTT window) 8 weeks ka hi rehna chahiye. Anything less than that is being unfair with the exhibitors and distributors. For a small film, a four-week window between theatrical and digital is okay. But big-budget films do run for 6 to 8 weeks and to release them within 4 weeks is absolutely unjustified. If I come to know that I can watch a particular film online after a couple of weeks, I’ll try to avoid going to the theatres. It’ll majorly hamper our business.”

Akshaye Rathi, film exhibitor and distributor further said, “There should be a degree of flexibility. Ideally, it should be a minimum of 4 weeks to start with. It’s not completely normal yet and it’s important that producers and exhibitors watch each other’s backs rather than just look at their individual interests.”

He further added, “We’d love it if the producers give us a chance to optimally perform with the business of Sooryavanshi and god forbid if it underperforms, then I think it’s only right that the producers to expect exhibitors to allow them to release on OTT earlier than the normal old-school window of 8 weeks. So that sort of flexibility and give-and-take is important, at least for a couple of months or for the first few big-ticket Hindi film releases that come out.”

Must Read: Happy Propose Day: Jaane Tu…Ya Jaane Na’s Rule-Breaking Proposal To Yeh Jawaani Hai Deewani’s Heart-Touching One, Here Is One For All Your Moods