‘Soumitra Chatterjee was known for his evening addas after shoots!’ 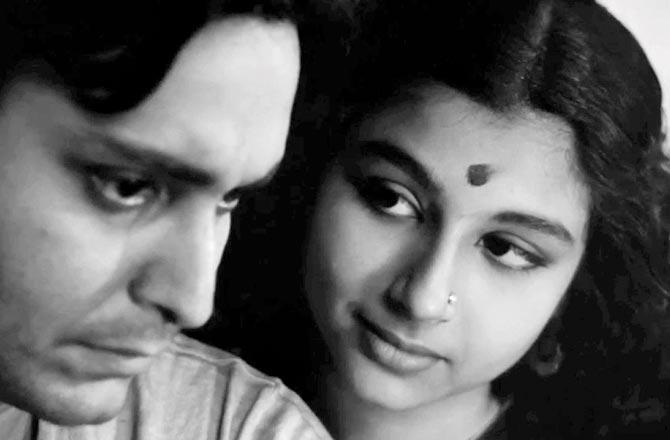 I still vividly remember my first meeting with Soumitra during the shoot of Apur Sansar (1959). Since it was our first film, he asked me whether I was nervous, and I — a school girl then — retorted confidently, “Not in the least!” That was the ice-breaker. I believe Apur Sansar depicted young romance tenderly. In a scene, my character [Aparna] gets so involved while watching a mythological film that she bursts into tears. Soumitra’s character [Apu] stops laughing on seeing how the scene has affected his wife. Manikda [Satyajit Ray] beautifully depicted the understanding between a husband and wife through that simple scene.

We went on to do many films together, and it was a joy to work with Soumitra every time. He was encouraging, and I learned so much from him. Every moment spent with him was an opportunity to learn. He was well-read, and didn’t restrict himself to movies — he wrote and recited poetry, wrote plays and acted in them. A true artiste, he found joy in expressing himself through different creative forms. He was an inspiring figure as he had a positive mindset and refrained from being judgmental. He made the most of what life had to offer.

Soumitra wasn’t a star like his contemporaries; he kept the actor in him alive. What I truly admired about him was that he would constantly work towards improving his skill. He was known for his addas in the evenings after the shoots. When we were filming Abar Aranye [2003] in north Bengal, we would gather every evening and listen to Soumitra and Subhendu Chatterjee as they discussed myriad topics. It was such a joy to hear somebody so well-read and erudite. I wish I had recorded those conversations!

As told to Upala KBR

Emma Stone shoots down comparison between ‘Cruella’ and ‘Joker’

‘Nobody’ Shoots Up Box Office With $6.7 Million Opening Weekend

Vijay Varma revels in Rajasthan as he shoots for Reema Kagti’s Fallen, find out...