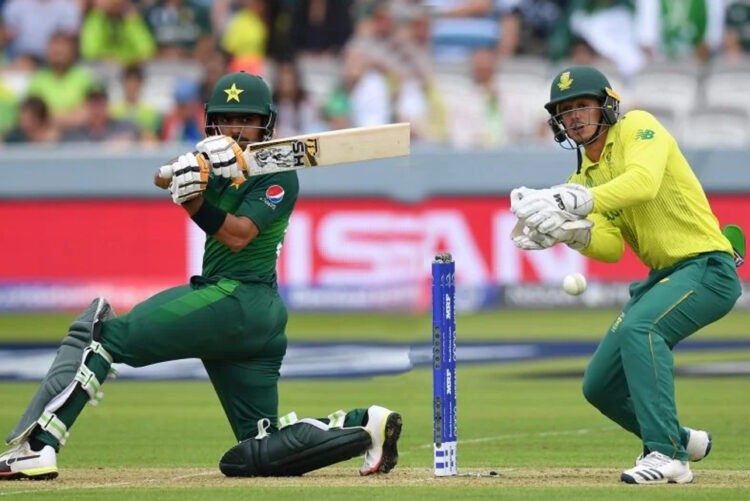 The hosts South Africa and the visitors Pakistan are ready to face each other in the first game of the three-match ODI series this Friday (2nd April) at SuperSport Park (Centurion).

This ODI series will be a part of the 2020-23 ICC Men’s Cricket World Cup Super League, where South Africa will begin their journey in this Super League and Pakistan will play their second series (first away series) under this Super League.

The hosts South Africa are finally starting their journey in the inaugural ICC Men’s Cricket World Cup Super League with this forthcoming ODI match, which will be their first ODI since March 2020. It is going to be interesting how this team begins their new journey in ODI cricket.

Temba Bavuma is ready to lead the South African team for the first time and he has the strong challenge while they haven’t played an ODI for more than a year. Quinton de Kock, Rassie van der Dussen, David Miller, Heinrich Klaasen, Janneman Malan etc are the crucial names in this batting side along with their captain.

South Africa have the pacers like Kagiso Rabada, Lungi Ngidi, Anrich Nortje etc along with the all-rounder Andile Phehlukwayo. Keshav Maharaj and Tabraiz Shamsi are the crucial spinners on this side.

Pacers Lizaad Williams and Sisanda Magala are the uncapped players in this ODI team.

This ODI series is going to be the second series for Pakistan in the inaugural ICC Men’s Cricket World Cup Super League, who won their first home ODI series under this Super League against Zimbabwe by a 2-1 margin. This upcoming match will be Pakistan’s first ODI in 2021, who last played an ODI match in November 2020.

Captain Babar Azam is ready to lead his nation. Apart from the captain, Mohammad Rizwan, Sarfaraz Ahmed, Faheem Ashraf, Fakhar Zaman, Imam-ul-Haq, Shadab Khan etc will also play crucial roles in the batting side. However, apart from the in-form cricketers like Babar, Rizwan and middle-order batsman Faheem Ashraf, the other players also need to perform consistently.

Pakistan have the pacers like Hasan Ali, Shaheen Shah Afridi, Haris Rauf,  Mohammad Hasnain etc have the abilities to play crucial roles. The visitors also have some quality spinners, including the all-rounders.

As both teams will play their first ODI of this year this Friday, it is not easy to pick up the favourite for this ODI. However, Pakistan have recently played more international matches than South Africa, so the visitors are in good touch with some strong confidence, especially when they won both the home Test and T20I series against Proteas early this calendar year.