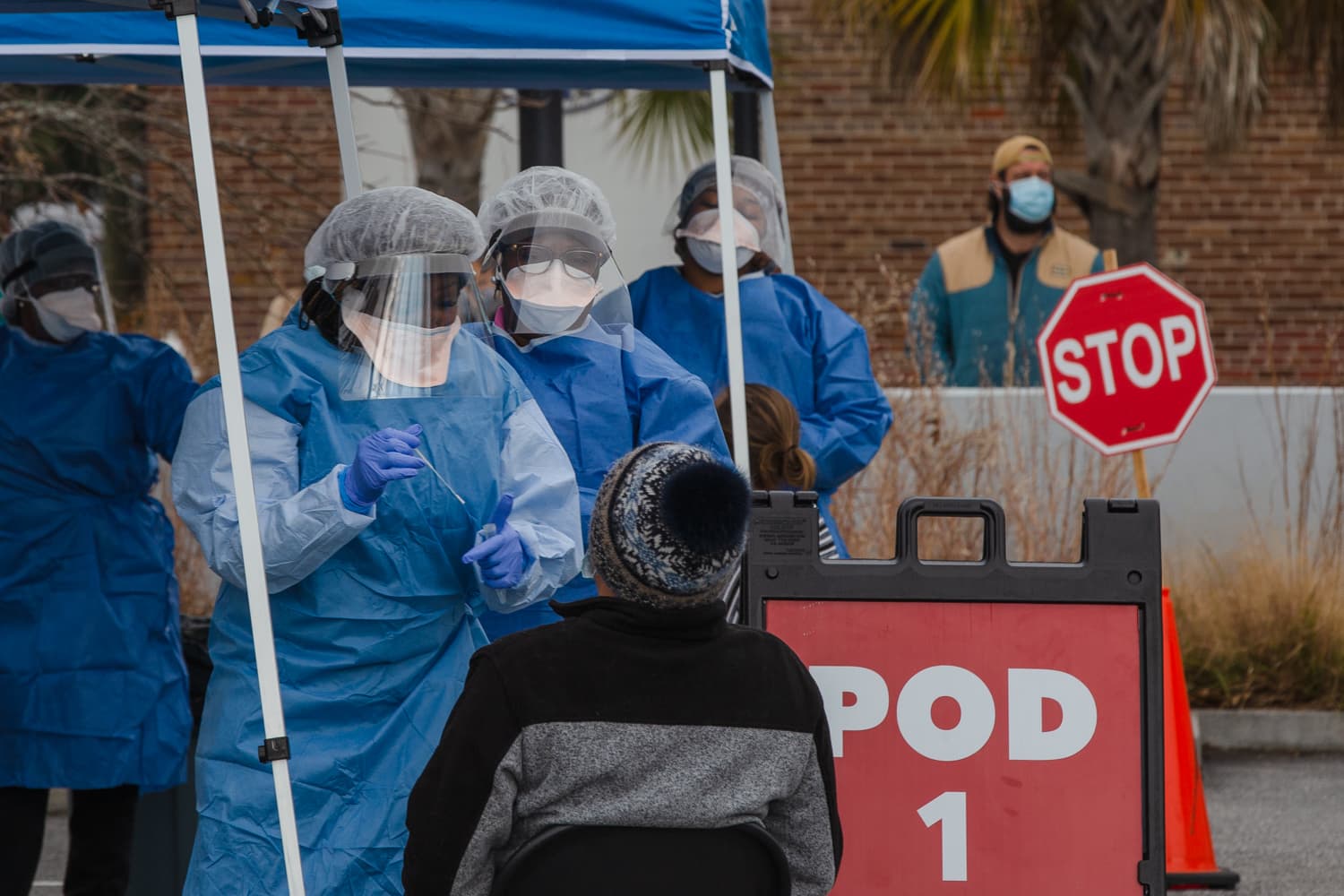 Healthcare workers from the Medical University of South Carolina administer free Covid-19 tests at a site in a parking lot between Edmund’s Oast and Butcher & Bee restaurants in Charleston, South Carolina, U.S., on Wednesday, Jan. 13, 2021.

The first Covid-19 cases in the U.S. of a new, highly contagious strain of the virus first found in South Africa have been detected in South Carolina, the state’s health department said on Thursday.

The South Carolina Department of Health and Environmental Control said the strain, known as B.1.351, was found in two adults with no history of travel. The Centers for Disease Control and Prevention notified South Carolina health officials late Wednesday that a sample that was tested at LabCorp was the B.1.351 variant, the health department said Thursday.

The state’s own public health lab simultaneously “identified a separate case of the same variant” in a sample tested on Monday, the South Carolina Department of Health said in a statement. While the strain appears to be highly transmissible, it doesn’t appear to make people sicker, the health department said.

Mutated strains of the coronavirus have migrated to the U.S. in recent weeks. Minnesota health officials on Monday identified the first U.S. case of a similar variant that was first detected in Brazil. The U.S. has also identified more than 300 cases with another strain first found in the United Kingdom, known as B.1.1.7, according to recent data from the CDC.

Both strains of the virus found in the U.K. and South Africa share similar mutations, but experts say they developed separately. Although it’s no surprise the virus is mutating, researchers are quickly trying to determine what the changes might mean for recently developed lifesaving vaccines and treatments against the disease.

The B.1.351 strain appears to be more problematic than the emerging variant found in the U.K., White House health advisor Dr. Anthony Fauci said on Wednesday. Fauci said during a press briefing that the vaccine-induced antibodies might be less effective in combatting that strain, though “it still is well within the cushion of protection.”

Early findings published in the preprint server bioRxiv, which have yet to be peer reviewed, indicate that the B.1.351 variant can evade the antibodies provided by some coronavirus treatments and may reduce the effectiveness of the current line of available vaccines.

On Monday, Moderna said its vaccine might be less effective against the B.1.351 strain and that it’s developing a so-called booster shot to guard against that variant “out of an abundance of caution.”