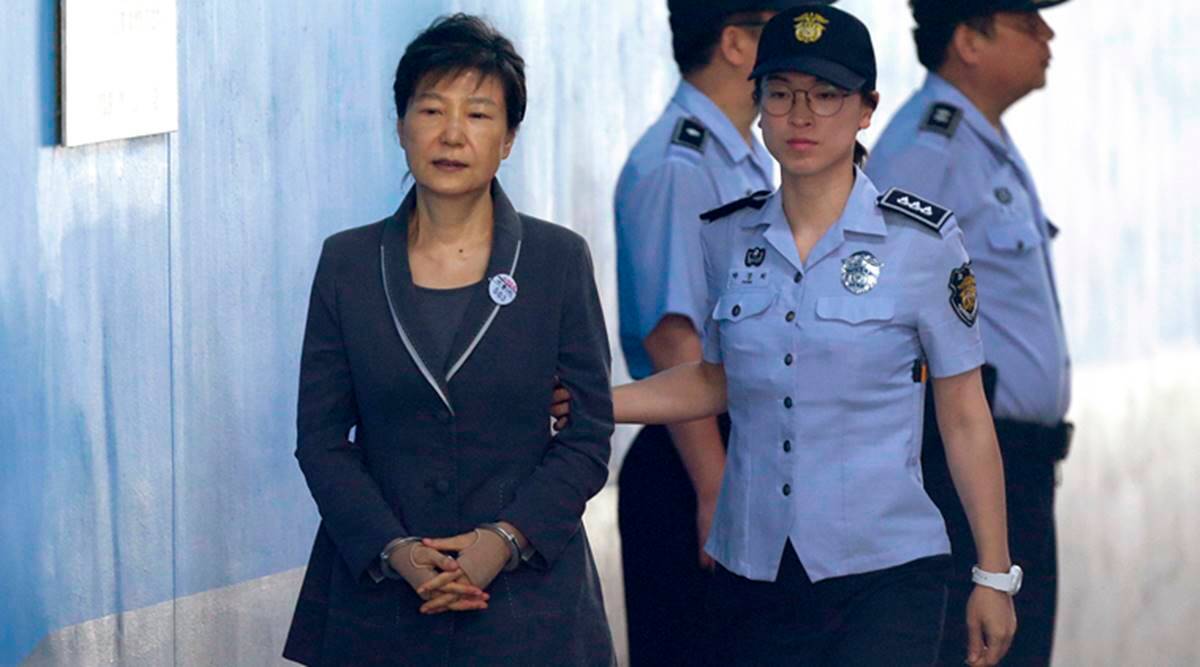 It is the final ruling in the historic corruption case that saw the country’s first female leader impeached in 2017 and concludes a lengthy legal process.

In total, she could serve up to 22 years, following a separate conviction for illegally meddling in her party’s candidate nominations ahead of parliamentary elections in 2016.

Park was not present in court on Thursday. She has boycotted court proceedings since October 2017, claiming they are biased against her.

What did Park Geun-hye do?

She was convicted of colluding with her longtime confidante, Choi Soon-sil, to take millions of dollars in bribes and extortion from some of the country’s largest business groups, including Samsung, while she was in office from 2013 to 2016.

She was also indicted on charges of illegally taking monthly funds from her intelligence chiefs that were diverted from the agency’s budget.

A timeline of court dates

She was officially removed from office in March 2017 after the Constitutional Court upheld the impeachment.

The Seoul High Court in 2018 had sentenced her to 25 years in prison after reviewing her of bribery, extortion, abuse of power and other convictions together.

But the Supreme Court in October 2019 ordered the Seoul High Court to deal with Park’s bribery charge separately from other charges. This was based on a law for cases involving a president or other elected officials, even when the alleged crimes are committed together.

The High Court had handed Park a five-year term over the spy fund charges in July 2019, but the Supreme Court also ordered a retrial on the case in November.

Prosecutors appealed after the Seoul High Court handed Park a 20-year term in July last year over the charges.

Could Park be pardoned?

Finalizing of her prison term makes Park eligible for a special presidential pardon.

Lee Nak-yon, the leader of President Moon Jae-in’s Democratic Party, said earlier this month he “plans to suggest” pardoning Park and Lee Myung-bak, another former president currently serving a jail term. This suggestion faced an immediate backlash from politicians across the spectrum.