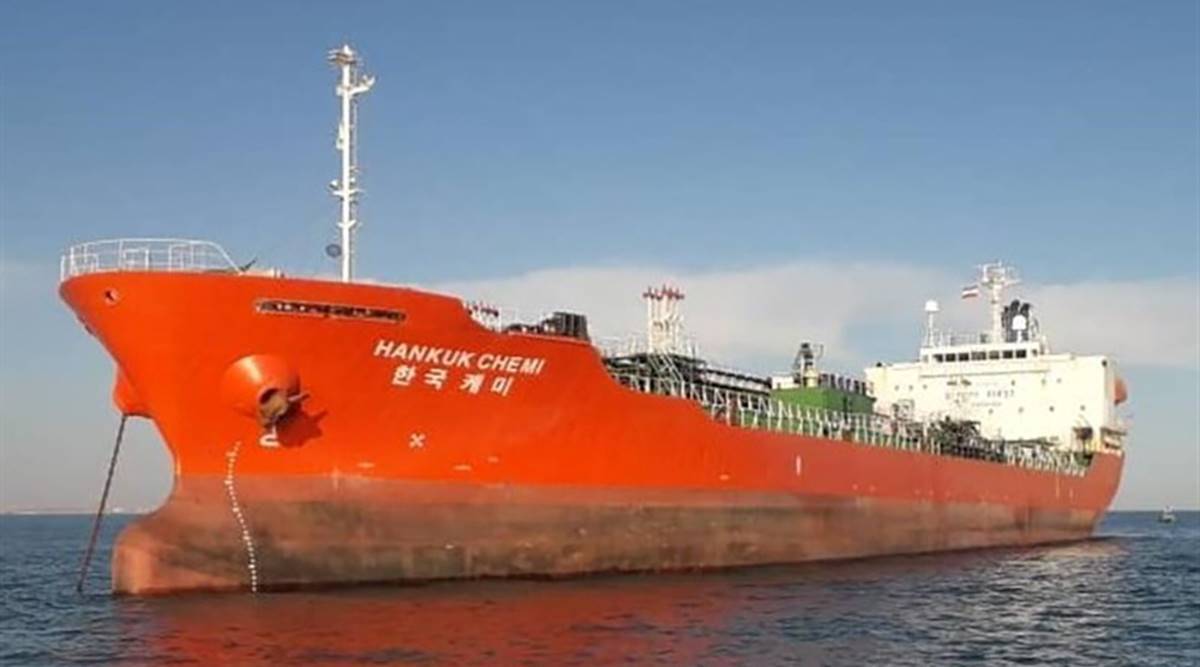 South Korea’s foreign ministry is reviewing whether a senior diplomat would be visiting Tehran on Sunday as planned, an official said, after Iranian forces seized a South Korean-flagged chemical tanker in Gulf waters and detained its crew.

The incident comes amid tensions between Tehran and Seoul over Iranian funds frozen in South Korean banks due to US sanctions. Iranian state TV cited a Tehran government official as saying Vice Foreign Minister Choi Jong-kun had been due to discuss Iran’s demand that $7 billion in frozen funds be released.

In Seoul a foreign ministry official told Reuters “the plan is unclear as of now” regarding Choi’s visit.

Iranian media said on Monday that Iran’s Revolutionary Guards Corps had seized the tanker Hankuk Chemi over pollution violations. The vessel was carrying 7,200 tonnes of ethanol.

Kang Kyung-wha told reporters that she had first responded to her counterparts in Iran on Monday and the ministry is now in talks with diplomats in Tehran and in Seoul to resolve the issue.

Iranian state television quoted Saeed Khatibzadeh, a Foreign Ministry spokesman, as saying the ship had been seized for “polluting the sea”.

Last Sunday the Tehran Times newspaper reported Iran was hoping to negotiate an agreement to use the frozen funds to “barter” for coronavirus vaccine doses and other commodities.

The South Korean foreign ministry did not have an immediate comment on that report.

Asked about Iran’s intentions for the frozen assets, Kang said the safety of the ship’s crew was more important, Yonhap said.