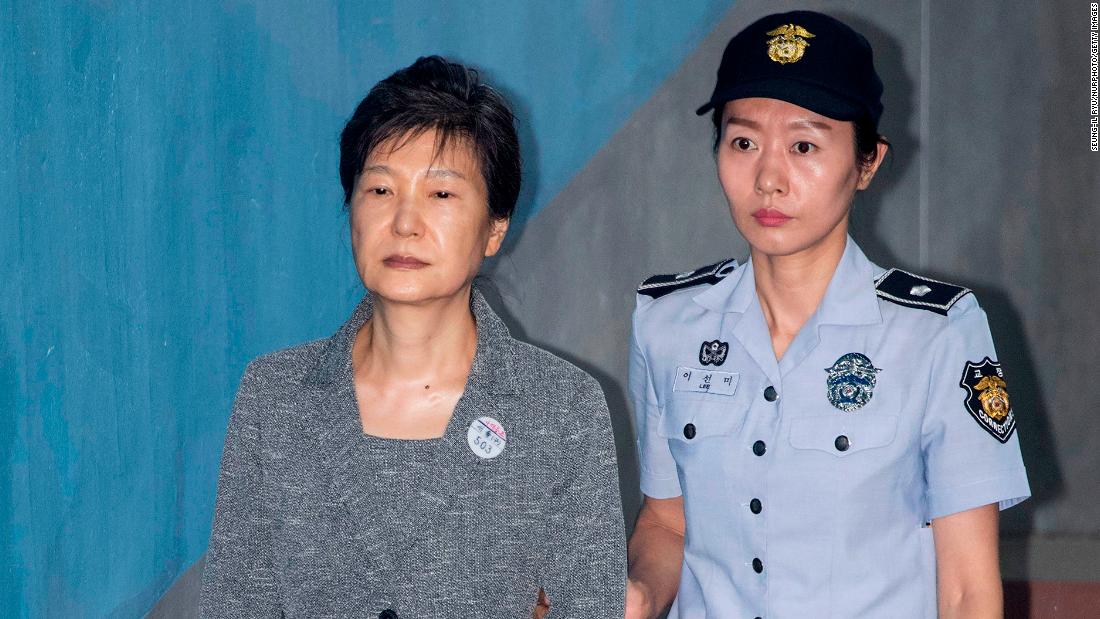 Park was initially sentenced to 24 years in prison after she was found guilty on multiple counts of abuse of power, bribery and coercion. Those charges related to a massive influence-peddling case that prompted widespread protests, implicated some of the country’s most powerful figures and saw her removed from office in 2017.

Park’s 2018 sentence was reduced to 20 years last July following a retrial. Prosecutors appealed that sentence and requested a heavier penalty, but on Thursday, South Korea’s Supreme Court upheld Park’s 20-year jail term, according to a news release from the court.

The Supreme Court is South Korea’s highest court, meaning that Thursday’s decision is expected to be the end of Park’s legal avenues to appeal her sentence.

Park will have to serve 22 years behind bars — she faces an additional two-year prison term for a 2018 conviction for meddling in the nomination of candidates for Saenuri Party, a conservative political party previously led by her.

“This is the conclusion of a state corruption affair which follows the people’s candlelight revolution, impeachment by the Assembly, and a judicial ruling. It is a manifestation of our democratic republic’s constitutional spirit and signifies advancement and maturity of Korean democracy,” South Korea’s presidential Blue House said in a statement Thursday. “We must make sure to take this unfortunate event — the imprisonment of the former President — as a historical lesson and avoid repeating it.”

But her term was marred by controversy and in 2017, she became the country’s first democratically elected leader to be forcibly removed from office after the country’s Constitutional Court upheld a parliamentary vote to impeach her.

That vote came after millions of South Koreans took to the streets over a period of several months to demand Park’s ouster, after revelations emerged about the undue influence wielded by her adviser and confidant, Choi Soon-sil, the daughter of a cult leader.

Shortly after Park was stripped of her office, she was arrested and put on trial for soliciting bribes from major conglomerates in the country, including Samsung. In 2018, she went on trial over separate accusations that she received illicit funds from the National Intelligence Service.
Several others were also implicated in the scandal. In 2018, Park’s confidant Choi was sentenced to 20 years in jail on 18 charges including abuse of power, coercion, fraud and bribe, and was fined $16.6 million.
In 2017, Samsung chief Lee Jae-yong was found guilty of bribery and other corruption charges and sentenced to five years in prison. In 2018 a higher court reduced his sentence and suspended it for four years although he has since undergone a retrial of that charge and a verdict is expected next week. In a related case, he was last year indicted over a controversial 2015 merger that helped him tighten control over the company.