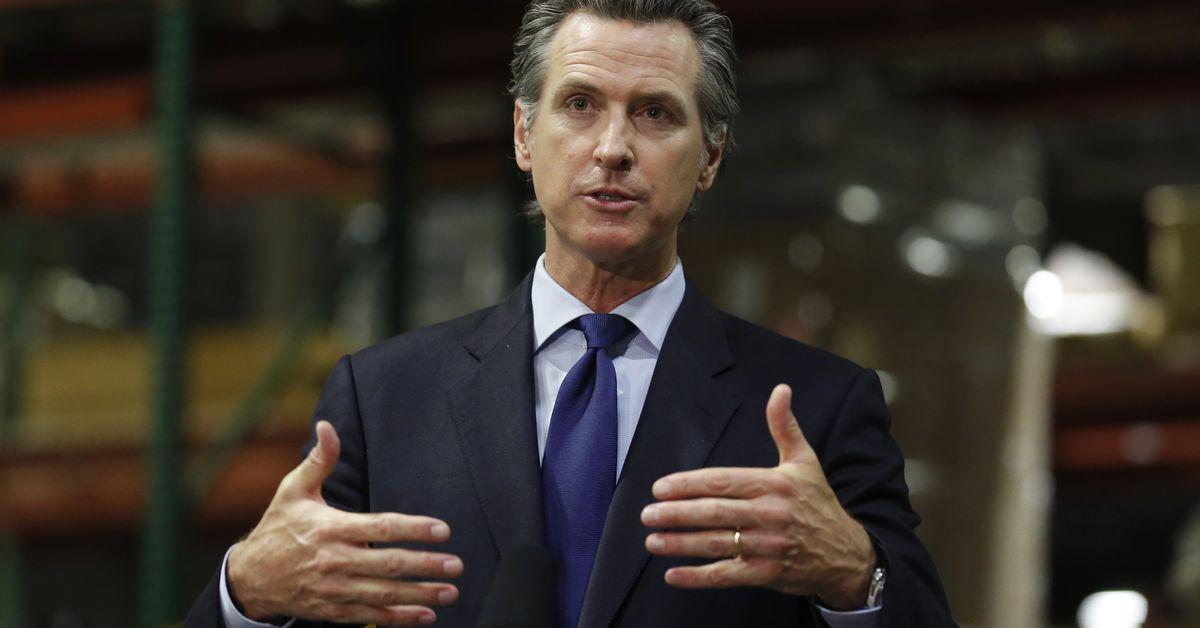 Sheriffs Alex Villanueva, Don Barnes, and Chad Bianco enforce the laws in Los Angeles, Orange, and Riverside counties, respectively. In response to Newsom’s announcement, Villanueva said he won’t “take part in enforcing stay at home orders at businesses,” Barnes called compliance “a matter of personal responsibility and not a matter of law enforcement,” and Bianco said he wouldn’t be “blackmailed, bullied or used as muscle” in carrying out the order.

The latest rules require regions where the adult ICU bed capacity falls below 15 percent to comply with a stay-at-home order for a minimum of three weeks. The order, once triggered, bans “all gatherings with members of other households” except in specific cases. KTTV Fox 11 in Los Angeles Fox reported that the order would also shut down all indoor and outdoor dining, limiting restaurants to takeout and delivery.

The Southern California region, which includes LA, Orange, and Riverside counties, dropped to 7.7 percent ICU capacity as of December 10.

Newsom’s order comes amid a nationwide spike in coronavirus cases. Almost no states are seeing anything close to meaningful suppression of the virus, and daily death tolls are reaching record highs.

America faces a dark few months until the vaccine arrives

The standoff is largely about the terrible trade-offs between public health and economic activity, made all but inevitable by Congress’s failure to pass more stimulus. By not providing the necessary financial assistance to individuals, businesses, and state and local governments, the federal government has put states in the unenviable position of mandating public health measures without the ability to compensate businesses and individuals suffering the consequences.

As Vox’s Li Zhou has reported, Congress is still arguing over major components of a potential stimulus package, including whether to include unemployment assistance, business liability protections, and aid to state and local governments. The latest competing proposals, neither of which currently have enough support to move forward, carry price tags of more than $900 billion. But, as Vox’s Emily Stewart recently noted, a new study has estimated that it will take between $3 and $4.5 trillion in near-term spending to “get the economy to reach its full potential.”

Meanwhile, states were already facing budget shortfalls numbering in the hundreds of billions before the Covid-19 crisis hit. They’re in no position to offer their residents and businesses the type of financial assistance that Congress could.

There is good news around the corner: The FDA appears on track to grant emergency approval of two separate vaccines in the coming days, with plans to vaccinate about 20 million people in high-risk groups by the end of 2020 and the rest of the US population over the next six months. But in the meantime, the country is exhausted, and residents are struggling to comply with public health guidance as the holiday season drives more people to gather with family and friends in person.

Julia Marcus, epidemiologist and professor at Harvard Medical School, recently argued in the Atlantic that “abstinence-only recommendations regarding social contact” are a bad policy choice when it comes to Covid-19 prevention. Instead, she writes, officials need to offer people “practical ways to reduce risk that go beyond ‘Just say no’” — especially if they’re going to dine indoors themselves in defiance of their own rules.

The defiant sheriffs are expressing a very real frustration nearly a year into the Covid-19 pandemic. Though their elected positions are supposed to be nonpartisan, that’s often not the case, and it shows in their responses to the stay-at-home orders. Los Angeles Times columnist Gustavo Arellano opined that Riverside County Sheriff Chad Bianco sounded a lot more like an Infowars conspiracy theorist when he falsely claimed in a December 4 video that “the medical field is so split about this virus.” When Arellano pressed Bianco on this assertion, he doubled-down, arguing that “doctors and other medical professionals have differing opinions on benefits of masks, social distancing, and lockdowns.”

These sheriffs’ refusal to enforce the stay-at-home orders is part of a long tradition of sheriffs picking and choosing when and how to require their constituents to follow the law. From defying gun control orders to selective enforcement of traffic violations, our system has granted wide latitude to law enforcement. California’s current crisis is a feature, not a bug, of the system.

Following the shootings in Aurora, Colorado, and Newton, Connecticut, in 2012, some states that passed new laws regarding gun ownership — including Colorado, New York, and Florida — saw similar protestations from law enforcement officers who refused to enforce them.

The nature of policing requires some level of discretion when it comes to enforcement. Traffic violations are so common that police have to decide which ones are worth ticketing and stopping (these decisions are rife with racial bias). However, outright refusal to uphold a law goes beyond that day-to-day discretion as sheriffs appoint themselves lawmakers and law enforcers in the same breath.

At the end of the day, the people who are most at risk — those facing eviction, job loss, the shuttering of their business, and isolation from their friends and families — deserve more from their government than theatrical showdowns and hypocritical scolding. But right now, it looks like that’s all they’re going to get.