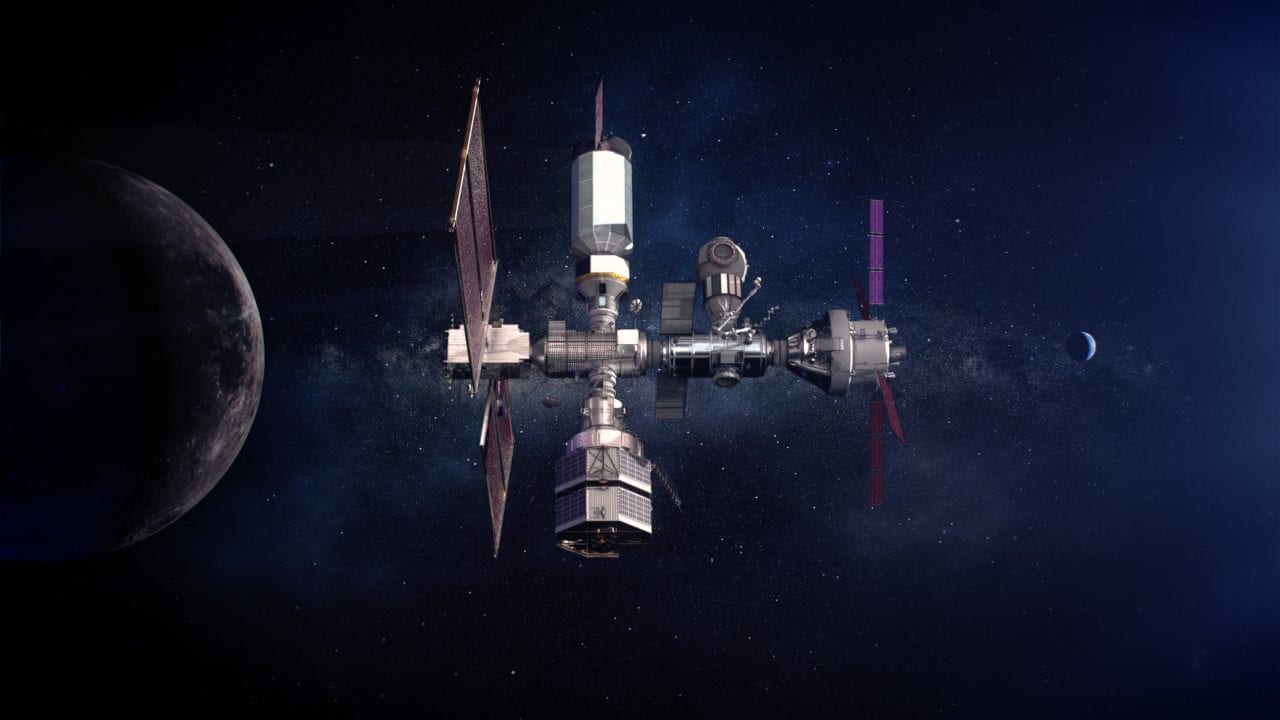 NASA announced Tuesday that SpaceX has been awarded an important contract to launch the first two pieces of the upcoming Lunar Gateway in 2024. SpaceX plans to use a modified version of its Falcon Heavy rocket to carry the massive core of the space station in the moon’s direction. The $331.8 million contract includes the cost of the Falcon Heavy launch and some  “mission-related costs” according to a NASA press statement. The contract has cost NASA almost thrice as much as the Falcon Heavy launch planned in July 2022, when the agency plans to launch a probe to study the asteroid Psyche. Illustration of the lunar gateway in orbit. Image: NASA

The US space agency envisions that the Gateway will serve as a waypoint for astronauts transiting to and from the moon’s surface during the Artemis mission. The first two pieces of the lunar space station – the Power and Propulsion Element (PPE) and the Habitation and Logistics Outpost (HALO) – will make up the first usable lunar space station modules. The PPE, built by Maxar, will be powered by large solar array wings, and use plasma rocket jets for deep space maneuvers. It is also equipped with communications and attitude control for the multi-module Gateway complex. The HALO, developed by Northrop Grumman and Thales Alenia Space, will house the early living quarters for astronauts and have docking ports for cargo and crew ships arriving at and departing from the Gateway. The combined function of the HALO and Orion life support systems will sustain up to four astronauts for up to 30 days on the Gateway, according to NASA.

NASA has selected Falcon Heavy to launch the first two elements of the lunar Gateway together on one mission! https://t.co/3pWt0GMS4v pic.twitter.com/QzPtIYHeuF

Other elements of the space station from international partners like the European-Japanese habitation module and a Canadian robotic arm, will join the Gateway in orbit around the moon in subsequent launches, and the final outpost will be roughly one-sixth the size of the International Space Station currently in orbit, according to a Spaceflight Now report.

So far, NASA has maintained that it is targetting the launch of the first components no earlier than May 2024. However, that date is likely to see delays, for multiple reasons including technological setbacks, change of US presidency, and COVID-19 lockdowns. The entire Artemis mission timeline is experiencing a period of reality alignment, according to a TechCrunch report, and new target dates are yet to be announced for the ambitious plans made over the last four years.  The timeline will be clarified by NASA as it copes with these changes, in the months to come, the report added.