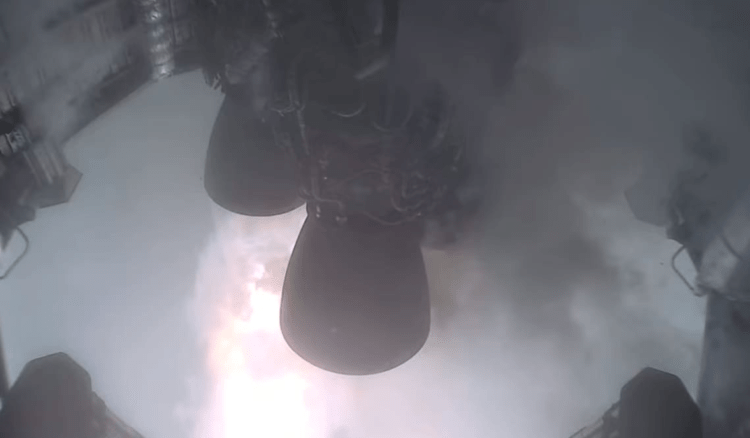 The latest SpaceX prototype of its Starship rocket was destroyed Tuesday during a landing attempt after a clean launch.

The company’s livestream of the flight test froze as the rocket came in to land, and thick fog around SpaceX’s facility in Texas made it difficult for witnesses to see what happened.

Starship prototype Serial Number 11, or SN11, reached its target altitude of about 10 kilometers (about 32,800 feet). The rocket is built of stainless steel, representing the early versions unveiled in 2019. Elon Musk’s company is developing Starship with the goal of launching cargo and people on missions to the moon and Mars.

The Starship prototypes stand at about 150 feet tall, or about the size of a 15-story building, and each one is powered by three Raptor rocket engines.

Starship prototype rocket SN11 stands on the launchpad at the company’s facility in Boca Chica, Texas.

Musk tweeted about half an hour after the test that “at least the crater is in the right place!”

“Something significant happened shortly after landing burn start. Should know what it was once we can examine the bits later today,” Musk said.

SpaceX principal integration engineer John Insprucker noted that the thick fog in the area prevented the company from showing camera views beyond those that were on the rocket itself.

“The frozen view we saw in the camera doesn’t mean that we’re waiting for the signal to come back; Starship 11 is not coming back. Don’t wait for the landing,” Insprucker said. “We do appear to have lost all the data from the vehicle, and the team of course is away from the landing pad, so we’ll be out there seeing what we had.”

A spectator holds a piece of debris which was blown 5 miles (8 km) from the site where SpaceX test rocket SN11 exploded upon landing, in Boca Chica, Texas, March 30, 2021.

SpaceX has successfully launched four Starship prototypes on high-altitude flight tests, starting with SN8 in December, then SN9 in February, and SN10 and now SN11. But while the launches have largely gone according to plan, the landing attempts have ended in a variety of explosions. SpaceX is the only large rocket builder that is attempting to land its vehicles after a launch – traditionally, large rocket boosters are discarded after launching.

Musk’s goal is for Starship to be fully reusable, envisioning a rocket that is similar to a commercial aircraft and capable of launching with minor maintenance and fuel between flights. While SpaceX has only landed prototype SN10 successfully after a high-altitude flight test – although the rocket exploded a few minutes later – the company has landed previous prototypes after short flights to about 500 feet in altitude.

Starship prototype SN10 returns for a soft landing on a concrete pad at the company’s facility in Boca Chica, Texas.

Musk said Tuesday that SpaceX’s next prototype, Starship SN15, will roll out to the launchpad “in a few days.”

“It has hundreds of design improvements across structures, avionics/software & engine,” Musk said.

Starship is one of two “Manhattan Projects” that SpaceX is simultaneously developing, with the other being its Starlink satellite internet program. Musk has previously estimated that it will cost about $5 billion to fully develop Starship, although SpaceX has not disclosed how much it has spent on the program. The company last month brought in $850 million in its latest capital fundraising at a $74 billion valuation.