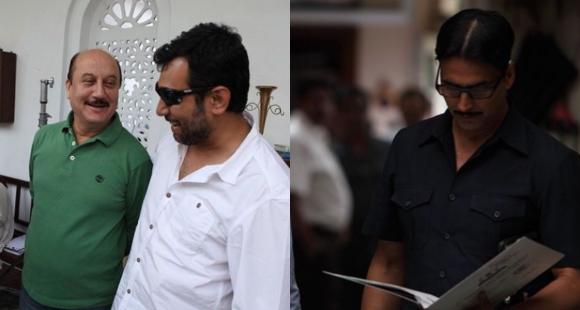 The Bollywood heist drama Special 26 was released back in the year 2013 and performed well at the box office. The movie clocked 8 years recently and its star cast shared multiple anecdotes and memories on social media to celebrate the same. Among them is Anupam Kher who was a pivotal part of the drama. He expressed his happiness about the movie reaching another milestone through social media and spoke his heart out about it in the same post.

The senior actor has shared multiple BTS pictures and a few screenshots from the movie while recalling the good times. He could also be seen indulging in fun banter with the rest of the cast and crew in some of the pictures. Meanwhile, Anupam has also added a caption that reads, “It has been 8years since the release of one of my most favourite films. I really enjoyed being part of this heist movie. @neerajpofficial brought out the best in all of us. Hope he makes #part2 of #Special26 soon!”

Talking about Special 26, the heist drama features Akshay Kumar, Manoj Bajpayee, Kajal Aggarwal, Divya Dutta, Jimmy Sheirgill, and of course, Anupam Kher in the lead roles. Directed by Neeraj Pandey, the movie is based on the real-life events that happened in 1987 at the Opera House in Mumbai. For the unversed, the drama has been already remade in Tamil back in 2018 and was titled Thaanaa Serndha Koottam. It featured Suriya and Ramya Krishnan in the lead roles.