Home EntertainmentHollywood Spider-Man 3: Tom Holland Says Andrew Garfield & Tobey Maguire Are Not A Part Of The Film; But Adds The Studio Hides The Script From Him

Spider-Man 3: Tom Holland Says Andrew Garfield & Tobey Maguire Are Not A Part Of The Film; But Adds The Studio Hides The Script From Him 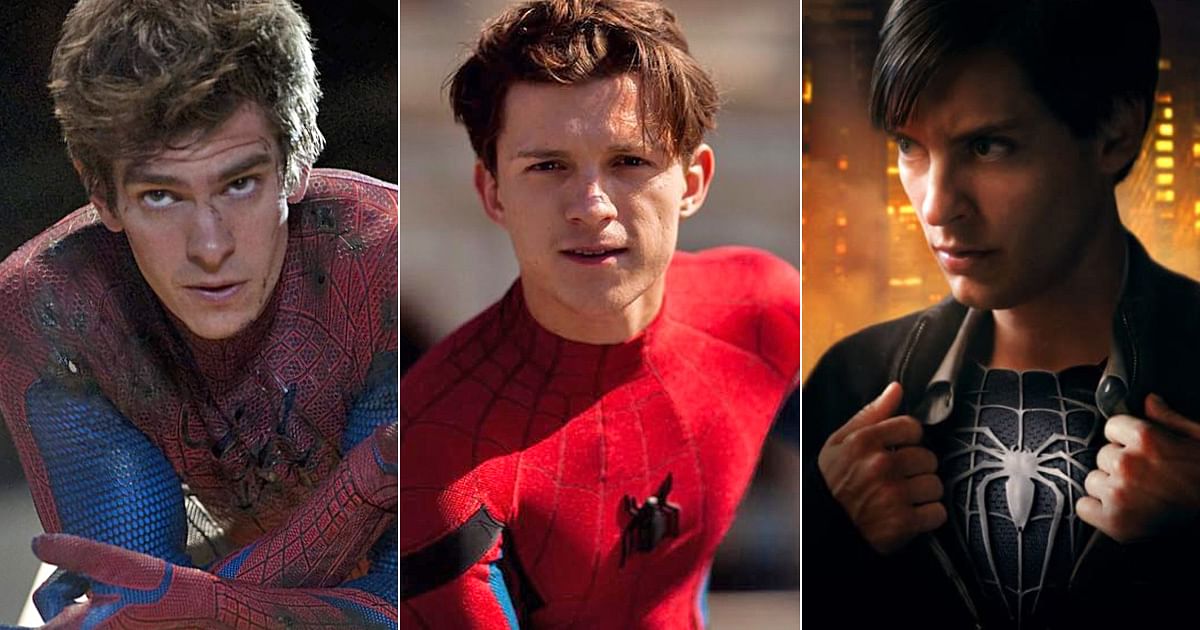 Marvel’s Spider-Man 3, starring Tom Holland in the lead, has been in the news for a very long time majorly because of the casting coops involved. From Elizabeth Olsen’s Scarlet Witch aka Wanda and Robert Downey Jr’s Iron Man to ex-spideys Andrew Garfield and Tobey Maguire, many names are being tosses around in regards to who will feature in the film.

Garfield and Maguire played versions of the web-slinging masked hero in non-MCU films and fans are eager to know if they are making a Marvel debut. Their rumoured appearance is also being fueled due to the presence of some characters from their respective films.

For those who do not know, J. Jonah Jameson, who featured in Maguire’s Spider-Man trilogy, showed up at the end of the Tom Holland starrer Spider-Man: Homecoming. Also, reports are robust regarding Jamie Foxx’s Electro – who appeared in the second superhero film featuring Garfield – being part of Spider-Man 3.

During a recent conversation with Esquire for their cover story, Tom Holland opened up about Andrew Garfield and Tobey Maguire making an appearance in Marvel’s Spider-Man 3. He said, “No, no, they will not be appearing in this film.”

Tom Holland continued, “Unless they have hidden the most massive piece of information from me, which I think is too big of a secret for them to keep from me. But as of yet, no. It’ll be a continuation of the Spider-Man movies that we’ve been making.”

But are you sad hearing this tit-bit from the youngest Avenger? Well, don’t be! Apparently, the studio tends to hide the plot from the actor as Tom has let slip-ups about the story happen in the past. During the same interview, Tom went on record to say that Marvel hides script pages from him. Saying they intentionally misdirect him in the pages they do give him; he added, “I honestly have no idea what this film is about and I’m eight weeks into shooting it.”

In fact, Tom Holland added that he thought the Endgame’s closing funeral was a wedding for most of the filming. He said, “In [Endgame], Robert Downey Jr.’s funeral scene, for the longest time I was under the impression that it was a wedding. I’m 100 percent sure that they’re still tricking me.”

So, do you think the ex-spideys may feature in the film?

Must Read: Exclusive! Selena Gomez: “The Pandemic Was Super Uncomfortable…”