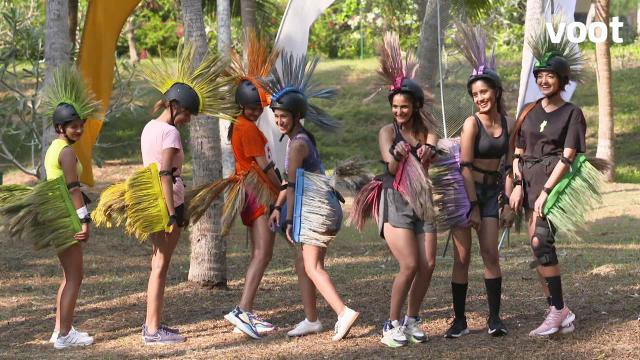 Splitsvilla X3 is back on Saturday with an impactful episode that will feature an entertaining task and lots of fights. After an epic and hilarious task last week, the 10th episode of Splitsvilla 13 will feature the Golden Opportunity challenge. The quest to enter the Gold Villa and save themselves and their partner is the first thing running on the minds of the Silver Villa contestants.

As expected, tough competition dawns on the competitors. However, the Golden opportunity task will take a huge chunk of the plot for this weekend’s episode. The two couples who will win the task have a special surprise awaiting them.

Jay and Aditi (Winner) Vs Vyomesh and Arushi

Samarthya and Nikita Vs Nikhil and Avantika (Winner)

Janvi asks Jay and Vyomesh to perform the most numbers of pushups within just a minute if they want to acquire their bite of love. In this task, Vyomesh has come as the winner.  As assumed, Nikita gives her vote to Samarthya because she desired her team to have come as victorious. To get a vote Samruddhi swayed with Nikhil.

On the other side, Arushi told Samarthya to put on lipstick if he wants her vote. Then Vyomesh goes to Arushi and she told him to unbend her strings of hair. Bhoomika gets impressed with the dance of Nikhil.

Nikita abandons Nikhil in spite of the fact that he cleaned her shoes. As per the sources, Avantika and Nikhil and Aditi, and Jay are the champions of the Golden Opportunity Challenge. In the Gold, Villa Arushi has entered as the companion of Vyomesh. Though, the game escalates as Bhoomika is enraged about the decision. Pollak and Arushi were the choices of Vymoesh. As the viewers already watched Kevin and Kat Kristain were the ideal match of this season.

Aditi and Jay were nominated for the eviction from the 2nd dome session of the show but the interesting twist is waiting for the audiences. Avantika and Nihil will be saved Jay and Aditi from the eviction. Shweta Nair and Azma Fallah are already eliminated from the show. The show is quite interesting to watch and to know more such updates of the show just stay tuned with us and watch the episode of “Splitsvilla 13” on the MTV channel at 7:00 PM.