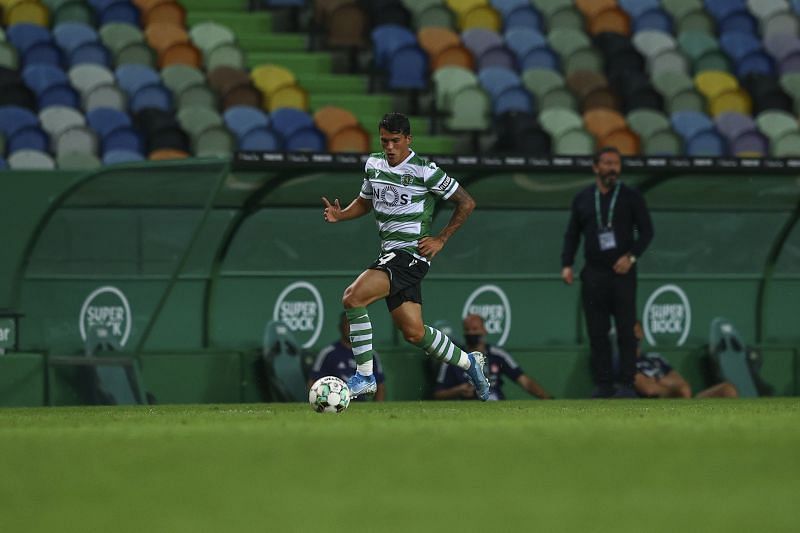 Top of the table Sporting Lisbon will take on Benfica in the Derby de Lisboa on Monday.

Benfica can close the gap between themselves and league leaders Sporting Lisbon when the two sides lock horns in the most high-profile derby match in Portugal on Monday.

Sporting are yet to taste defeat in this season in the Primeira Liga and have gathered 39 points out of a possible 45 from their first 15 games. They will be on a high after having followed up their League Cup triumph with a 2-0 victory against Boavista thanks to goals from Nuno Santos and Pedro Porro.

Meanwhile, Luís Filipe Vieira’s Benfica are undefeated in their last eight league games either and have a great chance to up the ante with a win over their arch-rivals on Monday.

They were held to an untimely draw in the league by 14th placed Nacional but bounced back well in the Taca de Portugal quarter-final, registering a 3-0 win against Belenenses. Benfica’s squad has been hit quite intensely by the Covid-19 pandemic but are recovering now.

Sporting can go nine points clear of Benfica with a win on Monday and as such, the match is certain to be fiery contest.

Sporting and Benfica have clashed 37 times till date. Benfica have a strong edge when it comes to head-to-heads, winning 19 of those games. Sporting Lisbon have won seven games. 11 matches have ended in draws.

The last time these two sides met was in August and Benfica won 2-0 at home.

For Sporting Lisbon, Bruno Tabata is unavailable. Luis Neto is expected to return to the side after recovering from Covid-19. Joao Palhinha will miss the game after picking up a fifth yellow card as The Disciplinary Council (CD) of the Portuguese Football Federation (FPF) dismissed Sporting’s appeal.

Everton and Odysseas Vlachodimos are both ruled out due to Covid-19 while Helton Leite, Nicolás Otamendi and Nuno Tavares are expected to return after their bout with the virus.

Sporting Lisbon have home advantage. Benfica will bear the additional pressure of seeing Sporting Lisbon go nine points clear of them if they lose. Given how Sporting Lisbon are undefeated in the league, they’re likely to walk away with all three points.