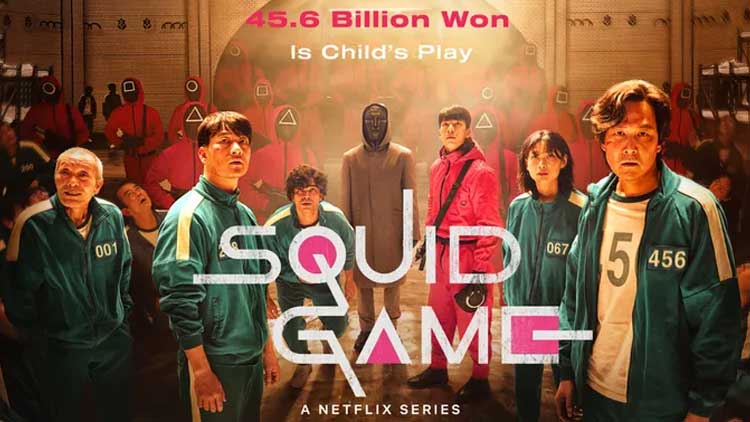 The ‘Squid Game’ on Netflix is causing a stir like none before. The money chaser starts with a healthy dose of reality. It didn’t take long for it to become a hot topic among those who were fast to get on the trend bandwagon.

Now, it has been reported that the nine-part series has collected 900 million USD since its release on September 17, as per Bloomberg. Netflix’s estimate comes after a whopping 132 million people are recorded to have watched the show for at least 2 minutes. ‘Squid Game’ also became the most-watched Netflix show as of last week following a record-breaking 111 million viewership count for the same.

An originally 2.4 million USD per episode show that raked up a total budget of 21.4 million USD for production has brought in the numbers unexpectedly and has been continuing to stay in the talks as the actors climb up the ladder of fame, one interview, one endorsement and one TV show appearance at a time.

The show has been praised for its depiction of the harsh realities of the world. Several twists and turns add to an already intriguing plot. However, one has to question what it is that has everyone hooked on the bloody and gory drama. The lack of empathy for the value of life is put up as a question worth millions of dollars, literally, in an ironic graphic of its position as adults battle for a pot of money with children’s games.

With little information on Netflix’s official stats, the ‘Squid Game’ rule appears to be becoming more real as it rises to the top.

What was your favourite part of ‘Squid Game’? Let us know in the comments section below.