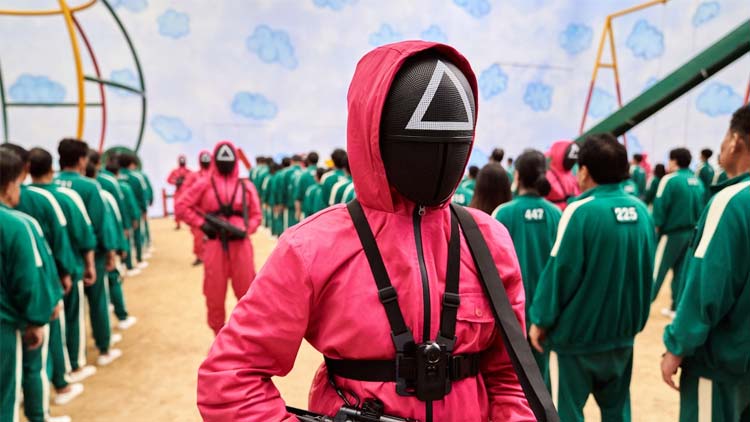 Yes, you’ve heard it right! Netflix has released the trailer of blockbuster Squid Games Season 2. The most popular series is now coming back with its enthralling performance in the previous season. Netflix told a reputed Journalist that “Squid Games” was the “biggest-ever series at launch” for the company. It is the platform’s first-ever Korean series to reach No. 1 in the United States, attracting 1.65 billion hours of viewing in the 28 days following its release. Hwang said that “It took 12 years to bring the first season of Squid Game to life last year,” Hwang said in the letter. “But it took 12 days for Squid Game to become the most popular series ever.”

WHAT WAS SQUID GAMES ABOUT?

Win or die trying. Squid Game hooked fans in with its high-stakes twist on classic Korean children’s games from the moment it dropped on the streaming site in September and won the hearts of many people.

“Squid Game was the most physically aggressive childhood game I played in neighborhood alleys as a kid, which is why I also loved it the most,” creator Hwang Dong-hyuk said at a South Korean news conference the same month of the show’s title and premise. “In a way, it’s the most symbolic game that reflects today’s competitive society, so I picked it out as the show’s title.”

In episode one 456 players battle with each other to save their lives and a cash reward that starts at 38 million dollars but increases into the billions accepting an ominous invitation to play a series of children’s games. Each round is monitored by masked guards wearing pink suits as the Front Man oversees it all.

WHAT CAN THE NEW SEASON 2 TRAILER IGNITE IN THE AUDIENCE?

It is expected that another season will be soon released on Netflix. Viewers can anticipate Season 2 by the end of 2023 or even the beginning of 2024.

One can expect a new daunting doll! If we go off of what Hwang has said he envisions for the series, the next season of the series could be a prequel and highlight the backstory of the Frontman. In particular, the story would focus on his history as a police officer. As Hwang told the newspaper agency, “I think the issue with police officers is not just an issue in Korea. I see it on the global news that the police force can be very late in acting on things there are more victims or a situation gets worse because of them not acting fast enough. This was an issue that I wanted to raise. Maybe in Season Two, I can talk about this more.”

Famously, Hwang wrote Squid Game completely on his own, meaning that if Season Two gets greenlit, it could introduce a whole writer’s room’s worth of perspectives.