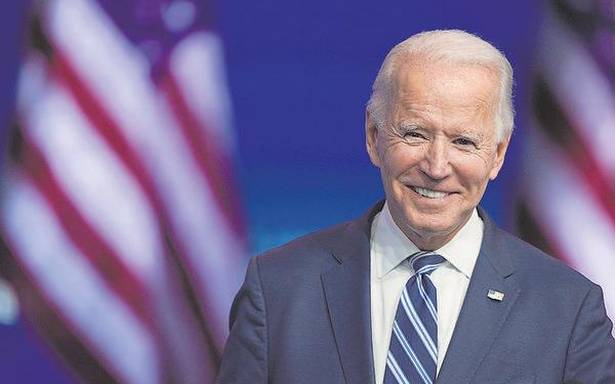 Experts say the U.S. is keen on deepening ties in Asia, but Colombo needs to explore new interactions at the highest levels, both at the White House and on Capitol

Sri Lanka keenly watched the recently concluded U.S. elections, but how a Biden presidency might impact the island nation’s political and economic future remains to be seen, amid a heightening geopolitical contest in the region.

In line with the prevalent diplomatic norm, Sri Lanka’s leaders President Gotabaya Rajapaksa and Prime Minister Mahinda Rajapaksa wished Joe Biden on Twitter, although some on social media were quick to point to the relative delay in their outreach, compared to many of their counterparts. However, diplomatic ties — in this case between two countries sharing an asymmetric power dynamic — often unravel behind the social media stage where leaders exchange courtesies bound by character limits. And that story, of Washington-Colombo relations under a Biden administration, is yet to unfold.

The U.S. engages with Sri Lanka in multiple spheres from politics, trade and economics, to defence and strategic cooperation. It is Sri Lanka’s single largest export market — fetching nearly $3 billion annually — and a big investor in Sri Lankan sovereign bonds. Strategically, the U.S. pursues bilateral military cooperation to “promote a more safe and prosperous” Indo-Pacific region, and is increasingly vocal in resisting China, who U.S. Secretary of State Mike Pompeo called a “predator” during his visit to Colombo last month.

In Sri Lanka’s post-war decade, the U.S. — known to have helped the Rajapaksa regime defeat the LTTE in 2009 — was a prominent advocate of justice and accountability for alleged war crimes, although its emphasis on human rights faded under President Donald Trump, more so after the U.S. quit the UN Human Rights Council.

While it may still be early to project the exact course of ties between the countries in this new context, experts in Sri Lanka anticipate some significant shifts. To start with, a Biden presidency will see an enhanced enthusiasm in multilateralism, wherein the U.S. is very likely to rejoin global organisations it left in the past, according to George Cooke, deputy director of the Colombo-based Bandaranaike Centre for International Studies.

“He [Biden] would want to see the American presidency re-assuming its leadership role in the free world, and would use multilateral platforms in addition to strategic bilateral diplomacy to achieve that goal. Of all those organisations that he would want to rejoin, the most concerning for Sri Lanka would be issues arising in Geneva in the years ahead,” he told The Hindu.

Following President Rajapaksa’s election in November 2019, Colombo notified the UN of its decision to pull out of the 2015 resolution on ‘Promoting reconciliation, accountability and human rights in Sri Lanka’. Led by the U.S. and then co-sponsored by Sri Lanka, the resolution is scheduled to be taken up in Geneva in March next year.

“Further, the U.S. is keen to have deeper ties in Asia, as is evident through the Quad. Sri Lanka needs to explore new interactions at the highest levels in Washington, not just at the White House but on Capitol Hill as well, and leverage that interest in Asia for mutually beneficial gains,” Mr. Cooke observed. In his view, Sri Lanka needs to go into the Millennium Challenge Corporation Agreement — a $480 million grant negotiated by the former government in Colombo — “afresh and very well prepared”, as America, irrespective of who occupies the White House, is keen to see it signed.

On the democracy front, a Biden Presidency offers more promise than Mr. Trump’s did, according to Human Rights activist Nalini Ratnarajah, who is from Batticaloa district in the island’s Eastern Province. “His manifesto spoke of a global summit for democracy, of resisting authoritarianism, which is promising,” she said, while sceptical of what that might change for those seeking justice in Sri Lanka.

“Let’s not forget that Joe Biden and Kamala Harris were earlier part of an establishment that had no problem backing wars in Yemen, Syria or Afghanistan. How can you seek peace and justice in Sri Lanka, while intensifying wars elsewhere?” she asked, adding that the Biden administration must confront difficult questions if it wants to appear credible.

“Our people must also realise that just because someone is a woman or has Tamil roots, they will not necessarily support Tamil demands for justice here, or pursue progressive feminist policies. They will all be committed to America’s economic and strategic interests first and foremost,” Ms. Ratnarajah said, adding there was much to be done domestically, in parallel to pursuing international intervention. “If we have to secure democracy here, the Tamils who have suffered grave injustices at the end of the war, must work with marginalised Sinhalese and Muslim people targeted by state oppression. Only when we have strengthened solidarity within the country, can any international pressure matter.”