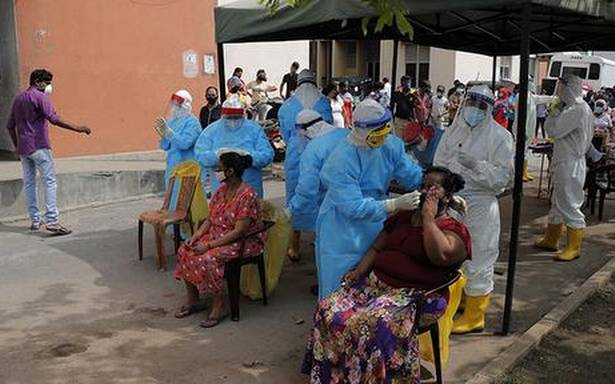 The gazette notification issued in April, a month after Sri Lanka detected its first local case of the coronavirus, set off concern among the island’s Muslims — they make up about 10% of Sri Lanka’s 21 million population — who sought a policy revision as the practice of cremations goes against their religious beliefs.

However, despite the World Health Organization’s guidelines saying victims could be “buried or cremated”, the government’s COVID-19 regulations say bodies of “all COVID-19 victims will be cremated within 24 hours of the death”.

Last week, a government-appointed experts’ committee too maintained that cremation was the only option to be made available in Sri Lanka for COVID-19 victims.

“We are very concerned, but we still hope that the President will do the right thing and direct authorities to let Muslim families bury COVID-19 victims in their families,” N.M. Ameen, president of Muslim Council of Sri Lanka, told The Hindu.

Critics have slammed the government for its “discrimination” against the minority community. From UN Rapporteurs to international human rights organisations, many have urged the Sri Lankan government to review the decision and respect the Muslim community’s burial rights.

The top court’s decision comes amid a deadly second wave of COVID-19 in the island nation, that has rapidly increased the total number of cases to about 24,500 and that of victims to 122. The pandemic has spread to all districts of Sri Lanka.

Meanwhile, following the prison riots near Colombo on Sunday, in which guards opened fire killing 11 inmates and injured over 100, authorities on Wednesday said eight of the 11 who died were found to be COVID-19 positive patients.

Inmates at different prisons across the island — known to be overcrowded with prisoners thrice their capacity — have been demanding greater care and attention in the wake of over 1,000 inmates testing positive.