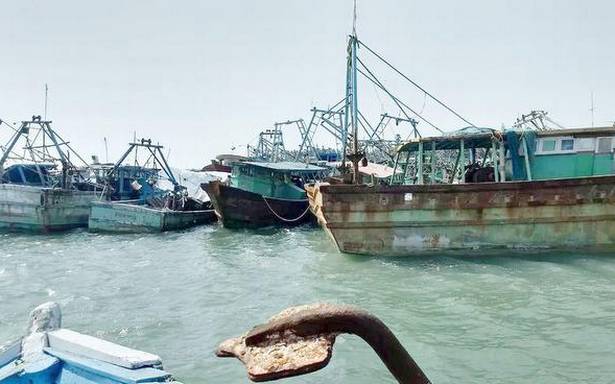 After months of limiting arrests of allegedly poaching Indian fishermen, fearing they could be carriers of COVID-19, the Sri Lankan Navy has “resumed its raids” in the seas, an official statement said on Tuesday.

“Although operations to prevent poaching by foreign fishermen in Sri Lankan waters have been restricted since March this year due to COVID-19 concerns, the Navy resumed its raids on poaching, considering the impact of this wanton act on the livelihood of local fishing community and to protect the fishing resource of the country, as a result of the surge in the arrival of foreign fishing trawlers in Sri Lankan waters,” the Navy said.

Sections of Sri Lanka’s northern fishermen have recently raised concern over the “return of” Indian trawlers, whose numbers had dropped in the last few years, after Sri Lanka introduced stiff fines and tougher laws to curtail foreign vessels in the country’s territorial waters. However, as the Navy reportedly relaxed its surveillance of the northern seas in the wake of COVID-19, the number of Indian trawlers spotted in Sri Lankan waters began increasing, according to a section of fisher leaders in Jaffna.

India and Sri Lanka have agreed to hold bilateral virtual discussions on addressing fishermen’s concerns on both sides of the Palk Bay, that have persisted for a decade. In its recent resumed operation, the Northern Naval Command of Sri Lanka intercepted three Indian fishing trawlers and held 22 fishermen in the sea area off the Delft Island, while 14 other fishermen were arrested off Mannar, in Sri Lanka’s Northern Province.