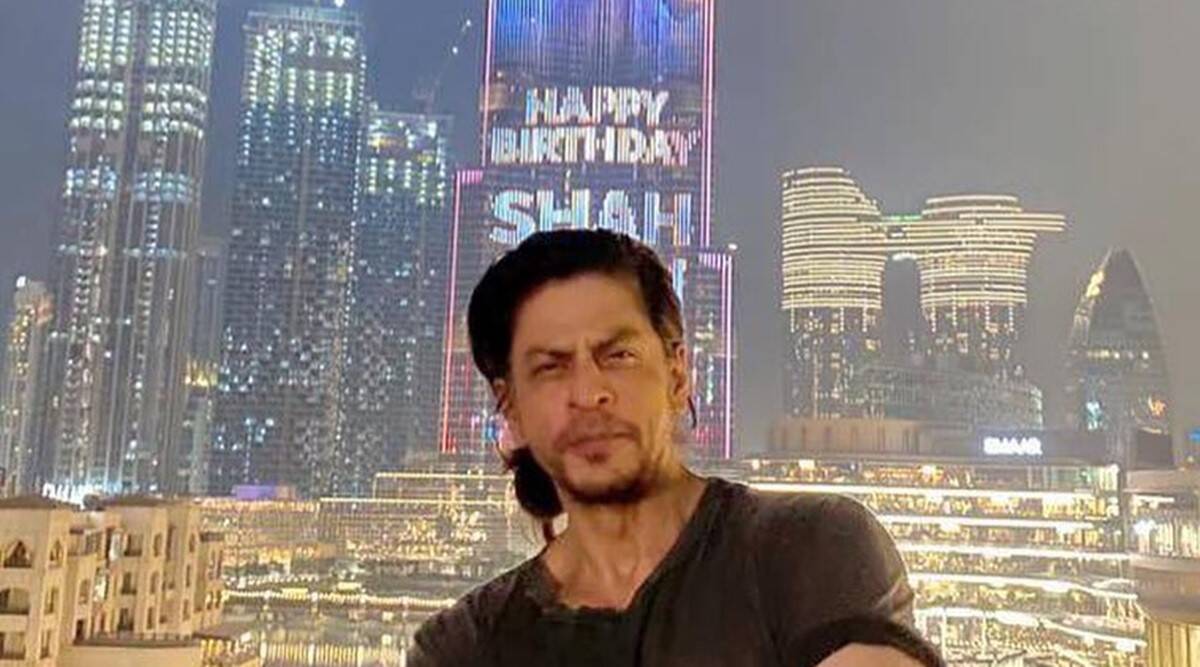 Bollywood superstar Shah Rukh Khan is elated that much before he could come on the big screen, he featured on the world’s “biggest screen”, Dubai’s Burj Khalifa, on the occasion of his 55th birthday.

SRK, who is Dubai’s ambassador since 2016, took to social media to share a picture of himself posing in front of the world’s tallest building, which flashed “Happy Birthday Shah Rukh Khan.” The superstar wrote that while he loved this gesture, his kids were “mighty impressed” too.

“It’s nice to see myself on the biggest and tallest screen in the world. My friend #MohamedAlabbar has me on the biggest screen even before my next film. Thanks & love u all @burjkhalifa & @emaardubai. Being my own guest in Dubai… my kids mighty impressed and me is loving it,” the Zero actor posted.

Shah Rukh Khan’s friend, filmmaker Karan Johar also took to Instagram to share a video of the moment. In the video, K Jo is heard telling SRK to face the camera even as the actor is busy “admiring himself” on Burj Khalifa.

“Happy birthday @iamsrk !! Love you !! May the lights shine on forever…,” Karan captioned the video. Earlier in the day, Shah Rukh released a video to thank his fans and admirers for their birthday wishes and assured them that he would have a “bigger, better” party with them next year to make up for the absence of celebrations this time due to coronavirus pandemic.

Also Read | We will have a bigger, better party next year: SRK on turning 55 | SRK thanks fans for the wonderful birthday wishes, watch video

Shah Rukh Khan is currently in Dubai with his family to cheer for his team Kolkata Knight Riders (KKR) in the on-going Indian Premier League (IPL). The team, however, is out of the play-offs.