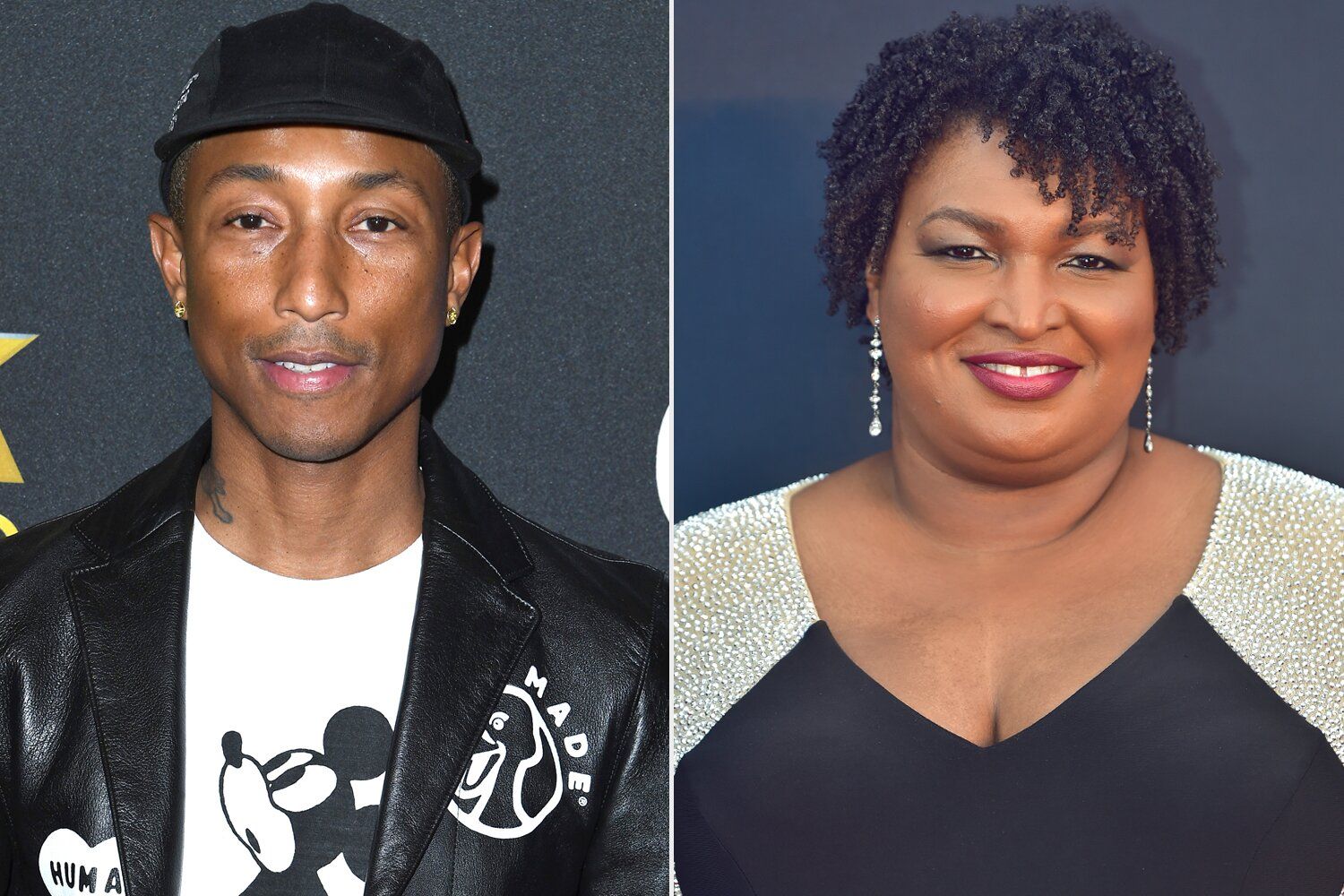 Stacey Abrams has a big fan in Pharrell Williams.

Abrams, 47, will join the singer on Monday’s episode of his new OTHERtone podcast, which has also featured Eric Andre, Kenya Barris, Bill Nye and others.

The 40-minute interview is exclusively previewed above: It covers Abrams’ background and political philosophy as well as her and Williams’ mutual admiration (and her side-job writing thrillers and romance novels, one of which has been developed as a CBS series).

“If there ever really was an American dream, it’s you. It really is,” Williams, 47, tells Abrams, a Georgia lawmaker-turned-voting rights activist who has drawn widespread praise from Democrats for her efforts in the now-purple state.

“It’s like, what you’ve done is you didn’t tear anything down. You didn’t burn anything up,” Williams tells her at one point in the conversation, with co-hosts Fam-Lay and Scott Vener.

“And if anything,” Williams says, “you just looked at what was there.” He goes on: “You did like this incredible analysis of how you could engineer change. And it was done in a way that is only inspiring people.”

Plus, Williams notes, “We were born in the same year … so I take pride in that we’re 73 babies.”

Abrams has praise of her own for him, gushing of Williams’ Hidden Figures soundtrack: “It is truly one of the most electrifying and humanizing albums. It is absolutely wonderful. And when I am in a bad space, it is one of the things I play.”

She demurs on her political role, lauded by many liberals, in expanding voting in Georgia.

“I’ve tried my best to be celebratory of those who did the work,” she says on OTHERtone, adding, “I’d rather celebrate and recognize everyone who was a part of getting there. No matter when they got on board.”

“I have no right to victory. No politician running for office has the right to win,” she says. “But as a citizen of Georgia, I had the right to make certain that the votes were counted, that the people who wanted to participate could.”

In 2018, Abrams became the first Black woman to become a gubernatorial nominee of either the Democratic or Republican parties.

RELATED: Why Joe Biden’s Surprising Georgia Lead Has So Many People Talking About Stacey Abrams

She ultimately lost a tightly contested race against current Georgia Gov. Brian Kemp, though her narrow defeat was clouded by allegations of voter suppression (which Kemp denied).

The work of her and other organizers drew renewed attention after Democrats narrowly won the presidential race in Georgia in November and then two Senate runoffs in January, after years of Republican victories.

Praise for Abrams came in from the likes of former 2016 presidential nominee Hillary Clinton, Academy Award-winning actress Viola Davis, LeBron James and others.

And Pharrell Williams, too: “I’m such a fan.”

The OTHERtone interview with Abrams will be released Monday.

X
Eva Mendes Claps Back at Fan Who Accused Her of Taking Instagram Hiatus After &#…EntertainmentEva Mendes is further explaining to fans why she's been staying quiet on social media.Last weekend, the actress, 46, shared on Instagram that she woul…
close