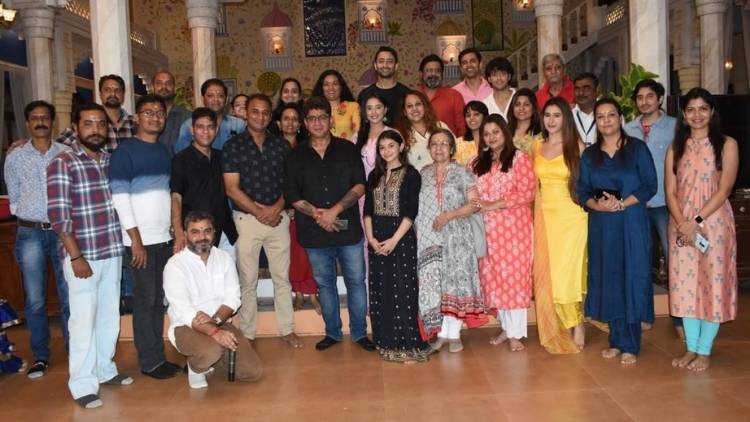 Gearing up for the premiere of Star Bharat’s upcoming release of ‘Woh Toh Hai Albelaa’, producer Rajan Shahi follows all the rituals to ensure good fortune to the show.

The show, ‘Woh Toh Hai Albelaa’ is scheduled to air 14th March onwards on Star Bharat. Keeping up with tradition, the producer organisedfor a Puja and havan on the sets of the show itself with the entire cast and crew to ensure Star Bharat and the show’s grand success.

The series has been drawing attention for its storyline surrounding brotherhood and family and the popular actors in the cast.
Starring in lead roles in the show are Indian Heartthrobs Shaheer Sheikh, Anuj Sachdeva, Kinshuk Vaidya and the gorgeous Hiba Nawab along with various others.