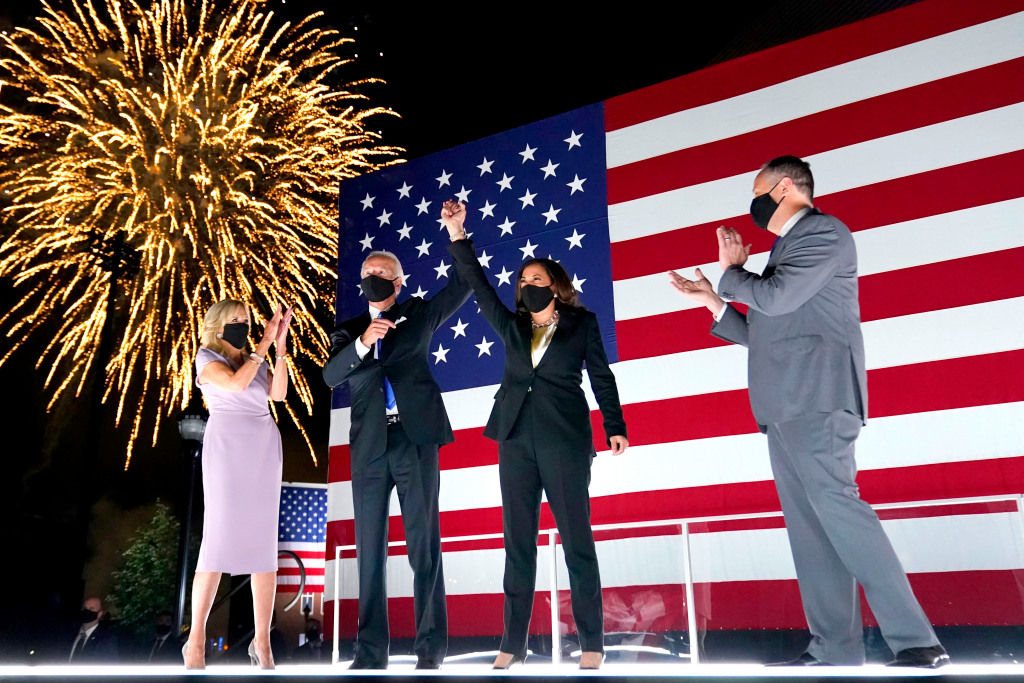 The Biden/Harris Presidential Inaugural Committee announced additional programming in advance of the inauguration of President-elect Joe Biden and Vice President-elect Kamala Harris on January 20. The theme of the now five consecutive nights of events is “America United.”

On Saturday, January 16 is America United: An Inauguration Welcome Event Celebrating America’s Changemakers. The event will “celebrate America, reflect and honor our history, and highlight the incredible diversity of the nation” and kick off the five days of programming.

Also announced today is United We Serve: A Celebration of the National MLK Day of Service on Monday, January 18. According to the release, thousands of volunteers across the country will participate in the National Day of Service, which will then be celebrated by entertainers and inspiring speakers such as Aloe Blacc, Rev. Dr. Bernice King, Martin Luther King III, Chesca, Rep. Sharice Davids, Rosario Dawson, Andra Day, Yo-Yo Ma, Rev. Al Sharpton, Sean Patrick Thomas, Diane Warren, Lynn Whitfield and Bebe Winans. The event will stream live from 8:00-9:00 PM ET at bideninaugural.org and on the inaugural committee’s social media pages.

Those events are in addition to the already-announced Memorial and Nationwide Tribute to Remember and Honor the Lives Lost to Covid-19 on Tuesday the 19th. At 5:30 p.m. ET, a D.C. ceremony will feature a lighting around the Lincoln Memorial Reflecting Pool. The inaugural committee has invited cities and towns around the country to join in illuminating buildings and ringing church bells.

Tom Hanks will host the primetime Celebrating America special that will culminate the inauguration of Joe Biden and Kamala Harris.

Along with appearances from the 46th POTUS and 49th VPOTUS, the Ricky Kirshner and Glenn Weiss-produced 90-minute show will feature “The Star-Spangled Banner” courtesy of Lady Gaga; a “musical performance” by Jennifer Lopez, the details of which were not disclosed; and performances from Justin Timberlake, Demi Lovato, Ant Clemons and longtime Democrat supporter Jon Bon Jovi.

The #InaugurationDay ceremony lineup is here! 🥳

Celebrating America will air on multiple networks. Starting at 8:30 p.m. ET, the unity-aiming special will be carried by ABC, NBC, CBS, MSNBC and CNN, I hear. Additionally, the Weiss-directed show will be seen on Amazon Prime Video, Microsoft Bing, NewsNOW from Fox, and AT&T DIRECTV and U-verse as well as the Presidential Inaugural Committee’s social media feeds.

In a lead-up to Wednesday’s ceremony, the Biden team is bringing in some fictional D.C. heavyweights for a January 15 fundraiser. Unveiled today, the Conversations with Actors from The West Wing, Scandal, and Designated Survivor event will see Designated Survivor regular and ex-Obama staffer Kal Penn playing ringmaster.

On January 17th, we’re coming together for a special “We the People Concert” 🎶

Hosted by @KeeganMKey and @DebraMessing, join us for this pre-inaugural event with @JoeBiden and @KamalaHarris.