Home Sports Steam 2020 wrap-up shows massive growth, but shouldn’t they use that for good?

Steam 2020 wrap-up shows massive growth, but shouldn’t they use that for good? 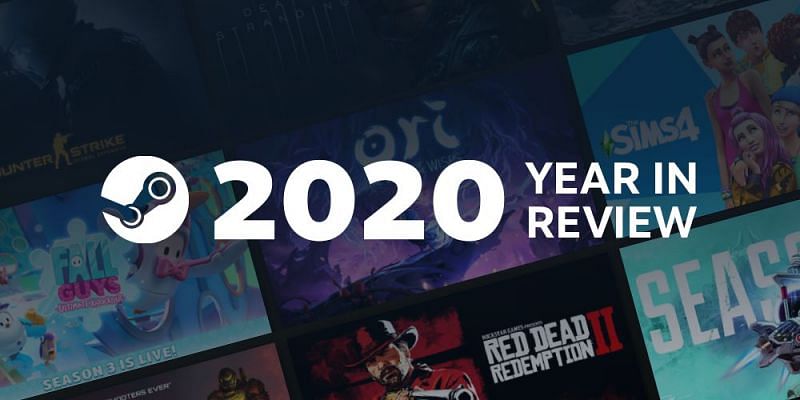 Steam has recently released its 2020 wrap-up, an annual update on the state of the internet’s biggest digital gaming client, which revealed that 2020, despite all its oddities, saw a marked increase in the world of gaming.

While it’s certainly pleasant to see that gaming as an industry has grown significantly during the last year, it must be acknowledged that this growth was not under the most ideal of circumstances. As a result of the ongoing global pandemic, people all over the globe have been searching for anything to help fill idle hours without putting themselves and their friends and loved ones at risk.

First the numbers. According to the 2020 update, Steam saw a 21.4% increase in the total number of game sales and a 50.7% increase in total hours played compared to 2019. Over 2.6 million gamers made their first Steam purchase in 2020, and the monthly active player count has increased by 50% since 2018.

Gaming growth hasn’t been limited to Steam either, as gaming companies everywhere have seen significant increases in their overall revenue through last year. At least one company saw its game go from having just a few hundred players at the start of 2020 to reaching over half a billion and becoming one of gaming’s biggest phenomena.

Despite this, 2020 will almost certainly be remembered as a year of struggle and loss for the overwhelming majority of people. Across the world, everyone is suffering at the hands of an uncaring plague, as families enter mourning and scrape together whatever they can to keep the ever flowing tide of morbidity at bay.

Do gaming companies have a responsibility to the world at large?

First company to disrupt the “We’re all in this together” narrative with an ad that says “You’re mostly on your own here. Good luck.” gets my business for life.

“We’re in this together.” That phrase has been stapled across the internet at large by companies big and small ever since the beginning of this global pandemic. In some ways it’s true, every person is in this moment together, each trying their best to make their own way through what can only be described as a hellscape.

an incredibly depressing commercial with depressing music plays. it talks about how we’re in hard times and that we’re all in this together

The ad is for Crystal Pepsi.

“We’re in this together.” Unfortunately, this phrase is most often used by companies desperate to maintain profitability, begging consumers to make just a few more purchases from what little expendable money they might still retain.

“We’re in this together.” It’s a little tone deaf to read those words as part of an ad for some multibillion dollar company trying to sell luxury goods to a world without luxury, trying to convince people that their money, now stretched to cover rent, food, and utilities, would be better spent on a new pair of shoes.

Most people don’t have that option, their dwindling funds being further limited to just those most necessary things which will keep them alive, hoping for a better future. Gaming is one of the few industries that has found success, though it hardly feels earned.

The question, then, is whether or not companies like Steam should try to give back— to really be in this together. Obviously Steam won’t forgo profitability regardless of the circumstances, but success gained off the backs of the suffering should never feel comfortable. Now more than ever, would be a great time for companies like Steam to make some kind of actionable change that really helps those in need.

While COVID-19 is the biggest demon of 2020, isolation has left many people desperate for any kind of social outlet. This is something Steam could actually help with, their store and influence within the digital gaming market could help connect people all over the world. Maybe it’s time for gamers to expect more from their community.